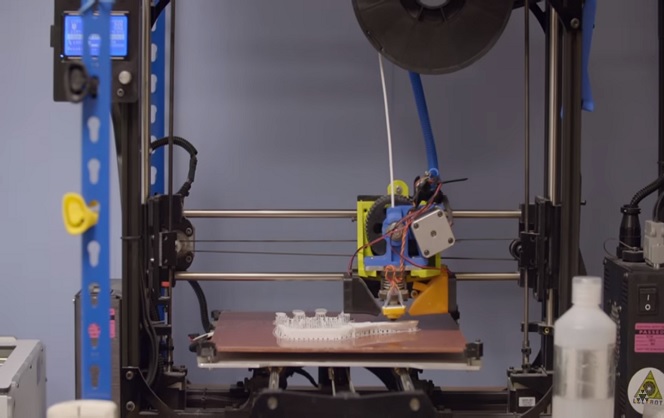 Human By Design Documentary Out Now On Amazon Video CNN’s branded content studio Courageous along with Square Enix, have partnered to release “Human by Design,” an original documentary that explores the world of human augmentation and the blurring lines between humanity and technology. This documentary is available exclusively on Amazon Video and was produced in conjunction with the Human by Design conference, which will take place on August 3, 2016 in New York City.

“Human by Design” is a 30-minute film that follows 12 extraordinary people at the intersection of technology and imagination. Inspired by the futuristic themes and ethical questions contained in the video game Deus Ex: Mankind Divided, developed by Eidos-Montréal, this real-world journey introduces the leading minds in human augmentation that are redefining what it means to be human.

“This documentary is meant to inform and inspire, which many may consider outside the norm for a video game,” said Jon Grant, senior product manager at Square Enix. “However, if you know about theDeus Ex universe, then you also know that this type of film makes perfect sense. Bionics and human augmentation are rapidly advancing, and as a result, it’s time for everyone to consider the social and ethical impact that this will have on mankind. We are excited for people to see this film, and we could not be happier with the Amazon Video partnership.”

To capture the reality of human augmentation that exists outside the fantasy world of the game, the Courageous team of award-winning journalists and filmmakers traveled the world to find the people, issues and technologies at the forefront of this movement. Keeping to the highest editorial standards, their research uncovered a technological future that has already arrived.

Thought-leaders featured in the documentary include:

Check out the trailer for the doc below, then head over to Amazon and watch the whole thing there!