Proposing a brand new laptop in the Omen series, HP presents the all new Victus as well

With consumer spending on PC gaming hardware and accessories increasing by 62% in 2019, Hewlett Packard (HP Inc.) figured that people desires to have PC gaming a bigger part of their lives and wishes gamers to be able to have a state of the art gaming hardware and software created for gamers everywhere, bringing the thermally innovative OMEN 16 Laptop from the well-known OMEN series with the accessible Victus 15 Laptop as well as a variety of powerful updates to OMEN Gaming Hob, enabling elevated gaming experiences for all.

“As people continue to spend more time gaming, they want hardware and software that will allow them to game longer while keeping them immersed,” said Josephine Tan, Global Head and General Manager, Consumer PCs at HP Inc. “These latest additions to HP’s gaming ecosystem give people of all backgrounds – rookie gamers and veterans alike – the tools they need to expand their gaming horizons, now and into the future.”

A cooler, quieter Laptop with an increase in performance

Nowadays, gamers want their PC to run their games with the best experience and the best settings available, giving them the opportunity to feel truly immersed while playing and having that “no input lag” feeling when it comes to shooting an opponent for the Victory Royale. This latest addition to the OMEN ecosystem, the OMEN 16 Laptop, delivers new experiences that go beyond expected to keep games excited for the next match.

With its revamped thermals, which include an added fifth heat pipe and fourth outflow vent, this baby can now lower its temperature from a -3% GPU hinge and -14% bottom SSD temperature while also running 5% quieter compared to the last-gen. Cooperating with a built-in IR thermopile sensor, OMEN Dynamic Power within OMEN Gaming Hub2 can pinpoint real-time CPU and GPU capacity and dynamically allocate power between the two of them, optimizing in-game FPS based on current game activity to allow the best experience possible in any game. The ODP has contributed up to an 18% performance increase in 3D Mark Time Spy and up to a 36% increase in CPU performance over last year’s model. 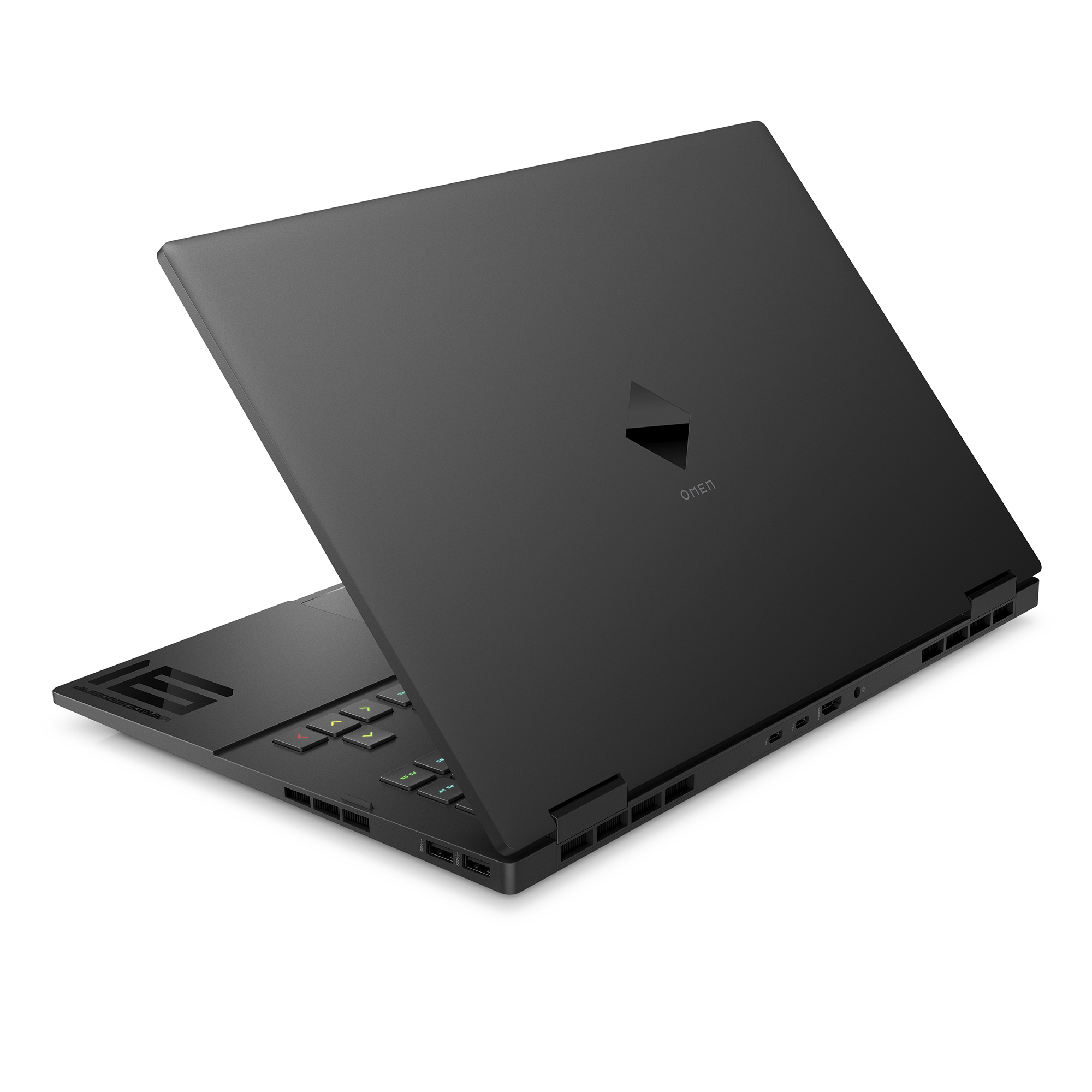 Speaking of performance, the stunning graphics bring the newest titles to life with up to an NVIDIA GeForce RTX 3070 Ti Laptop GPU and the latest MAX Q technologies or AMD Ryzen RX 6650M. Combined with the Intel Core i9-12900H series processor or AMD Ryzen 9 6900HX Mobile Processors, you will also be able to avoid untimely memory bottlenecks with up to 32GB DDR5 4800 MHz and take advantage of speedy access to vital files with up to 2TB PCIe Gen4x4 SSD.

The action on the screen flows brilliantly across the up to QHD 165Hz IPS panel with 3ms response time and 100% sRGB. Using the low blue light with Eyesafe display certification by TÜVRheinlan and an auto-brightness sensor, you will be able to experience amazing adventures without headaches and keeping eyes fresh. The bright visuals continue on the keyboard with up to per-key RGB lighting with OMEN Gaming Hub Light Studio integration. And since gamers love finding ways to customize the appearance of their gaming PCs to express themselves, the new OMEN 16 will be offered in a ceramic white colour option for those who prefer a brighter backdrop as well.

Each gamer loves to be able to play the video games they want but, sometimes, are not able to afford expensive PCs or Laptops and that’s the reason HP launched the Victus in the past, introducing gamers to an accessible, yet elevated, gaming experience built with OMEN’s DNA. As the younger sibling to the OMEN brand, Victus aims to help anybody outplay the ordinary in their quest to find out what type of gamer they are.

As the second entrant in the Victus line of laptops, the Victus 15 is offered in three striking colour options: mica silver, performance blue and ceramic white. Of course, all with a standard backlit keyboard printed with the memorable font found on OMEN devices.

The 15-inch display features options up to FHD 144 Hz and Eyesafe low-blue light. Proposing great visuals with graphics powered by up to an NVIDIA GeForce RTX 3050 Ti Laptop GPU with 2nd generation ray-tracing power or AMD Radeon RX 6500M, it is boasted by its lightning-fast speed and responsive gameplay, thanks to the processor that is up to an Intel Core i7-12700H processor or AMD Ryzen 7 5800H Mobile Processors along with up to 16 GB DDR4-3200 MHz memory. The wide rear vents add an enhanced thermal efficiency which is bolstered by four-way airflow and a two-heat pipe design to keep the Laptop running cool when the gameplay gets intense. With a single SSD up to Gen4 1TB PCIe storage, gaming and other activities are quick and simple. 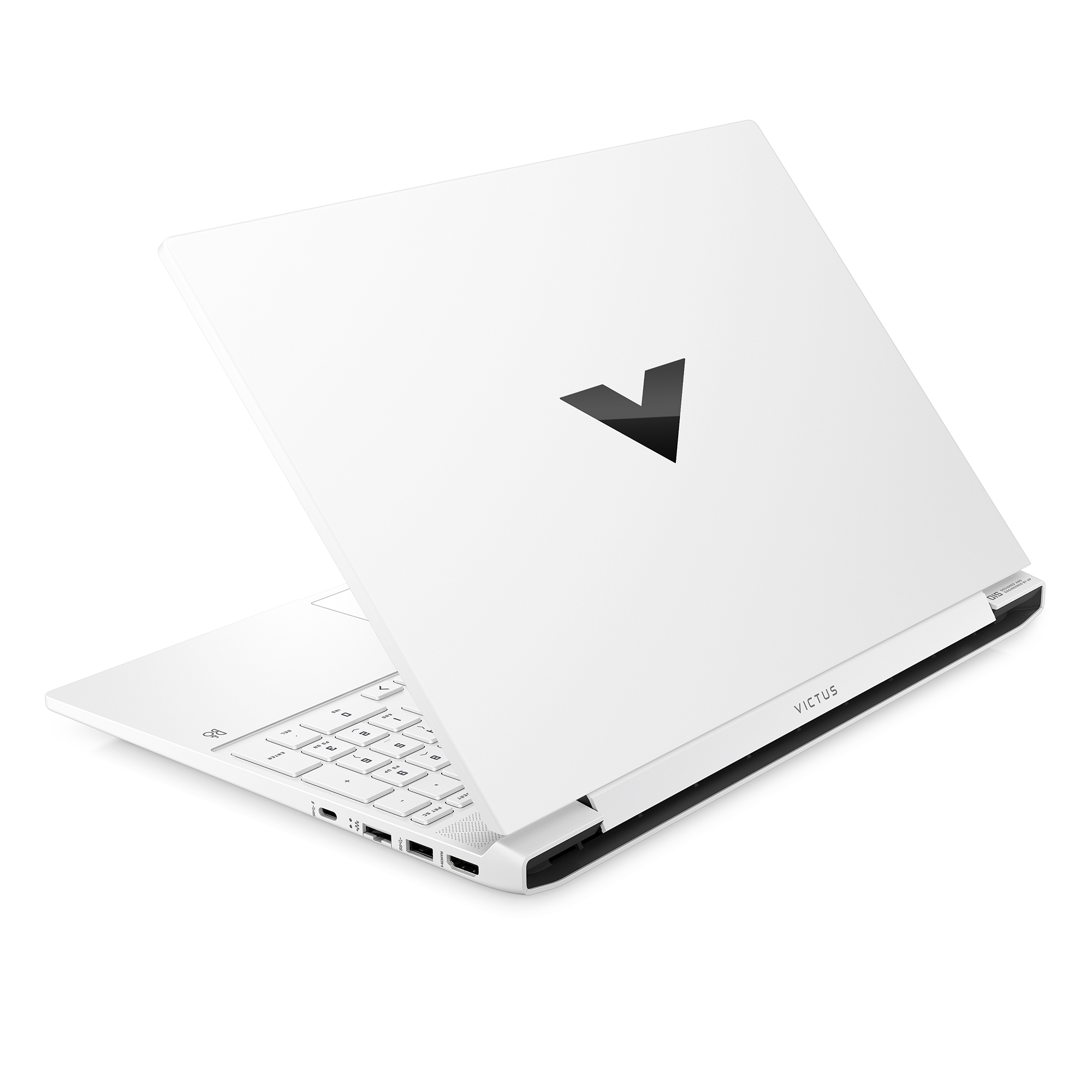 Just play the way you want!

Both OMEN 16 and Victus 15 Laptops ship with OMEN Gaming Hub preinstalled to take advantage of powerful features like Performance Mode, Network Booster and System Vitals. The new Optimizer feature takes this even further by freeing up system resources and tweaking low-level OS settings to maximize FPS regardless of the machine, whether it’s OMEN, Vitus, custom-built, or any other.