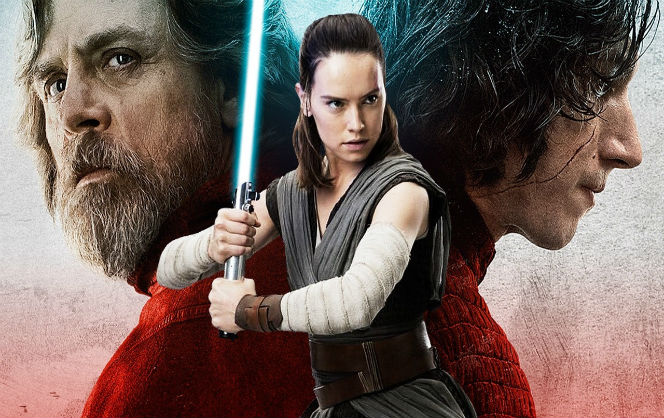 How Does Your Favorite Movie Franchise Rank? In celebration of a certain movie releasing next week, good folks over at TotallyMoney have amassed a lot of cool data about how some of the biggest franchises in movies compare to one another. From Star Wars to Harry Potter, Alien to Die Hard, this infographic highlights metrics such as IMDB rankings and Box Office openings.

Some of the more interesting facts include:

The research includes films from different corners of the industry, ranging from horror films like Saw and Halloween to fun-for-all-the-family titles like Harry Potter and Shrek.

In terms of specific films and their popularity, and taking into account the user scores on IMDb and the critics on Rotten Tomatoes, these were the top results:

1.     Indiana Jones – the general public on IMDb rate Harry Potter and Indiana Jones equally – a rating of 7.65/10 on average – but critics on Rotten Tomatoes put the Harrison Ford classic up over the wizarding world by 1.37%, making it the most popular series of all time.
2.     Harry Potter – having had the 20th anniversary of the first book’s publication this year, Harry Potter is now a venerable name in the film industry. The series earned an average rating of 84.63% Rotten Tomatoes, with its highest-rated film being the Deathly Hallows Part 2 at 96%.
3.     The Hunger Games – despite IMDb users marking it as peaking on the second film and going downhill from there, The Hunger Games took an average of effectively 7.38/10 (if the Rotten Tomatoes score is converted to a figure out of ten). In earnings, however, the average opening weekend for each film was the highest in the research, and over $13 million higher than the next most successful, Jurassic Park.
4.     Mission Impossible – defying a traditional belief that a sequel is never better than the original, Mission Impossible hit its top scores on the fourth and fifth films – Ghost Protocol and Rogue Nation – with the former reaching 94% on Rotten Tomatoes, a higher score than 95% of the films included in the research.
5.     The Bourne Films – viewers weren’t keen on ditching Matt Damon in the Bourne Legacy, which scored only 56% on Rotten Tomatoes compared to 93% on the previous iteration in the series. But even bringing him back didn’t win any points: it scored even lower on Rotten Tomatoes and reached the same score as Legacy on IMDb, a disappointing 6.7.

While for the most part where critics didn’t like a film, users agreed, there were a few films included in the research where professional review didn’t account for taste. In the cases where there was significant disagreement between film critics on Rotten Tomatoes and IMDb users, it was almost always the case that the users enjoyed the film while critics rated it poorly – with the sole exception of Spy Kids, which the professionals gave nearly 4 points (out of 10) more than the users.

In the top ten for critical disagreement, the Saw series showed up three times, more than any other franchise – with fans giving far more points than critics to Saw 3D: The Final Chapter, Saw V, and Saw IV.

The top critical battle, however, was Underworld: Evolution – the second film in the Underworld series, it was panned by the critics at only 16%, lower than 90% of the scores in the research. But fans felt it warranted more than that, giving it a healthy 6.8/10 – 5.2 points higher than the critic score, when they’re converted to the same scale.

“Conventional wisdom has always said that sequels are rarely better than the original, but that doesn’t seem to be the case,” said Joe Gardiner, TotallyMoney’s Head of Brand and Communications, “Many of our favourite film series just get better and better, and the peak could come anywhere. We all have our favourite films – it’s hard to predict which will be a winner in the box office and in the reviews.”

The entire infographic (its huge) can be found here. It’s very interesting.