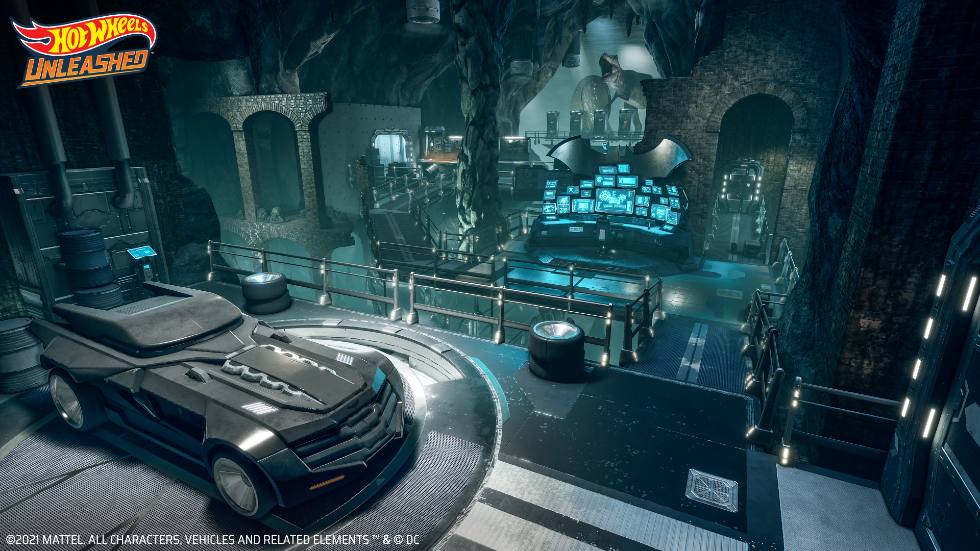 This weekend included DC’s FanDome event, which gave us some new and exciting trailers for some of the upcoming video games coming next year.

During Saturday’s event, the Kids FanDome event had some new tidbits about Hot Wheels Unleashed the exciting and really good arcade racer from Milestone.

During the event, we learned that the DC Super-Villains Racing Season begins on November 11, giving players free and premium content that can be unlocked by completing a series of new challenges made specifically for the event. The DC Super-Villains Racing Season includes six themed vehicles including Bane, The Cheetah, Poison Icy, Black Manta, Deathstroke, and Harley Quinn.

In addition, there will be customization items for the Basement and Player Profile available, and tons of gear and coins ready to earn.

Before that though, on December 2, the Batman Expansion will launch and includes a brand new Career Map that’s inspired by Gotham City, as well as The Batcave, giving players new tracks and items. This expansion includes five new themed vehicles including The Penguin, Robin 2.0T, Armoured Batman, Batman Rebirth, and The Joker GT.

Plus access to a new Track Builder Module – Joker Funhouse Split and tons of themed items.

The Batman Expansion is included in the Hot Wheels Pass Vol. 1 or can be purchased separately starting December 2..