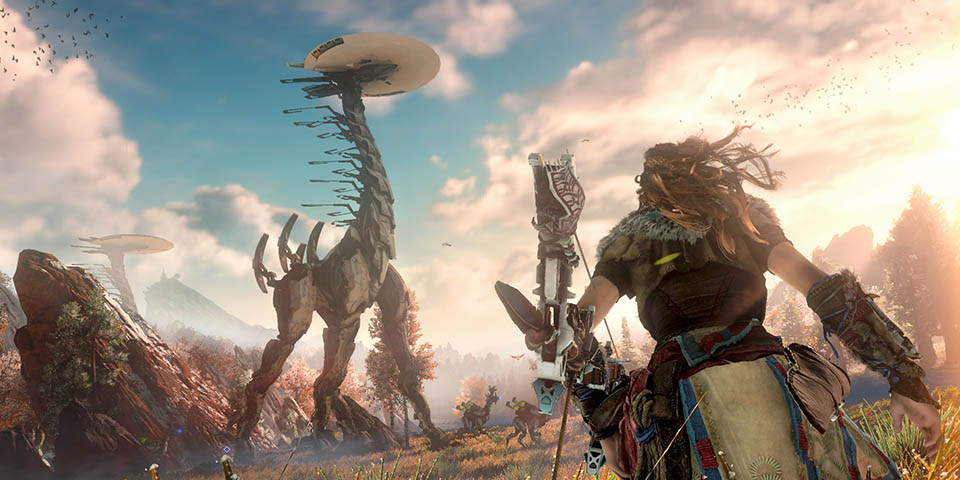 Can you believe it has been one year since Horizon Zero Dawn launched for PlayStation 4? I can’t believe how fast time flies, and neither can Guerilla Games as they celebrate a massive sales milestone by announcing their original IP has gone on to sell 7.6 million copies as an exclusive title.

Horizon Zero Dawn is a post-apocalyptic title set in the future where players will spend their time with Aloy, the star of the game and one of the more interesting protagonists in years, fans and critics alike fell in love with her and for good reason, she is a strong and bold hero in every regard.

To boot, Guerilla not only created a popular character, but a dense and lush world begging to be explored and discovered. Set in an open world, the danger was around wherever you went and the only way to survive was to be smart about it.

With 2017 already gone and 2018 well on its way, now you can own the complete edition of Horizon Zero Dawn, which includes the base game and the excellent expansion, The Frozen Wilds, which adds a new area to explore in the cold.

Guerilla Games also released an avatar bundle for free on the PlayStation Store, be sure to check it out.