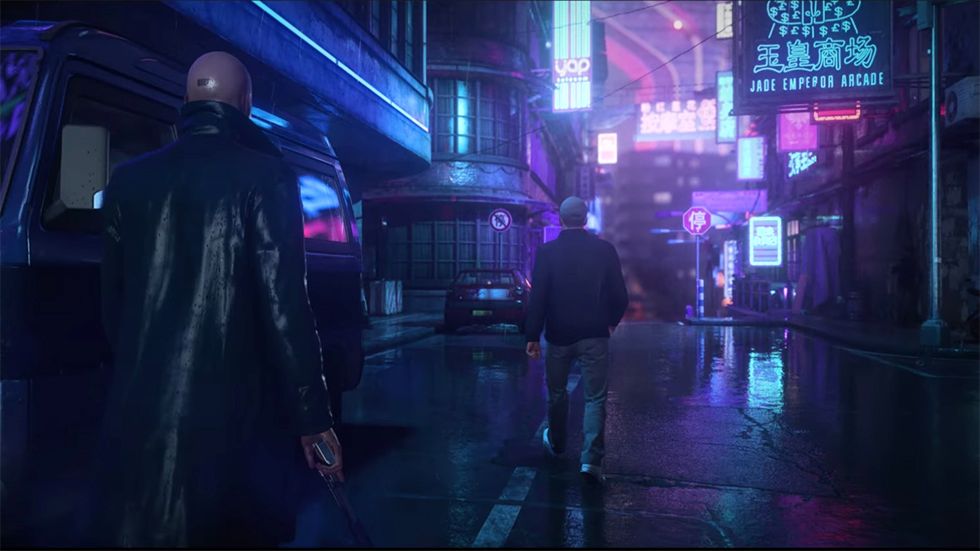 Hitman Developer, IO Interactive has revealed a new location in a trailer that players will be able to visit as Agent 47 in Hitman 3.

The third location is the Chinese city of Chongqing, this game’s version of the city is much more visually focused on neon lights.

Chongqing feels like a much more darker tone of a location when compared to the brightness of Dubai. The game’s Glacier engine really showcases the dark beauty of the neon-lit city.

The Hitman developer also confirms that the game will run in 4K resolution, 60 FPS and HDR for PC, PS5 and Xbox Series X.

The Hitman news is off the heels of IO Interactive’s 007 Project announcement, which the developer will begin production after Hitman 3 releases next year.

Hitman 3 is scheduled to release on January 20th 2021 for PC, PS4, PS5, Xbox One, Xbox Series S|X and Nintendo Switch via cloud streaming.