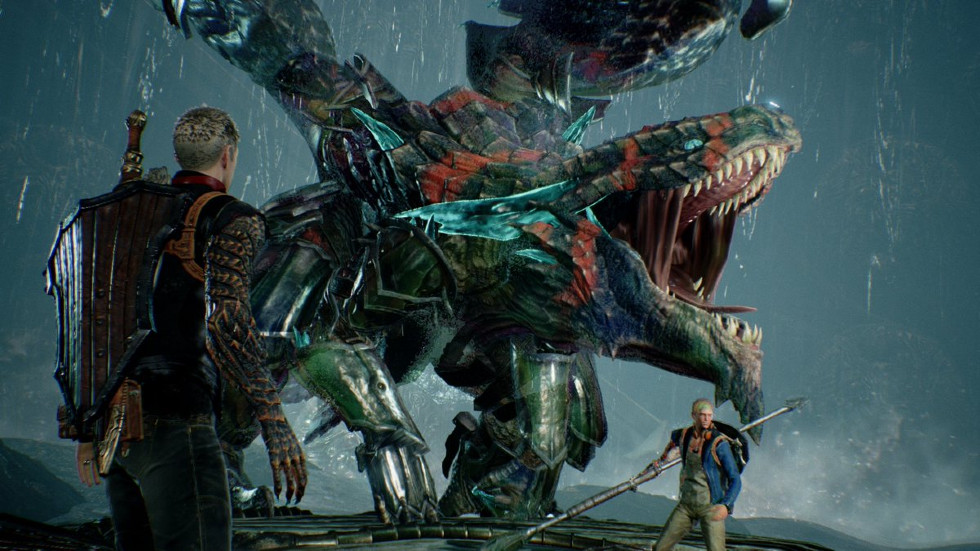 Hideki Kamiya Goes into the Reason Behind Scalebound’s Cancellation

Back in 2017, Microsoft announced the cancellation of Xbox exclusive action RPG, Scalebound from developer, PlatinumGames and now four years, director, Hideki Kamiya reveals new details of the reason behind the game’s cancellation.

During an interview with YouTube Channel Cutscenes, in the video, Kamiya discussed his career which eventually brought up the topic of Scalebound which he directed. Kamiya says that the reason behind the project’s cancellation was that the developer wasn’t “experienced enough”.

“Scalebound was a project we had teamed up on with Microsoft, they expected good things from us, and we needed to live up to those expectations with the project. It was a big challenge for PlatinumGames. We were working in an environment we weren’t used to… the hurdles we had to overcome were very big. We weren’t experienced enough and couldn’t get over that wall, leading to what happened in the end.” Kamiya said in the interview

He adds once again had a desire to make a high-end game and wanted to create something with photorealistic aspects to it. The partnership with Microsoft was an opportunity to fulfill his personal wish, at the time Kamiya thought it was “a necessary mission for PlatinumGames to improve our graphical ability and get to the next step of modern game creation.”

“However, it was a big challenge for PlatinumGames. We were working in an environment we weren’t used to. We were developing on the Unreal engine, we also lacked the necessary know-how to build a game based on online features. The hurdles we had to overcome were very big,” Kamiya said.

“We weren’t experienced enough and couldn’t get over that wall, leading to what happened in the end. I’m sorry to the players who looked forward to it, and moreover, I’m sorry to Microsoft who had placed their trust in us as a business partner. I want to apologize [as] both as a creator and as a member of PlatinumGames.”

Scalebound put players into the shoes of Drew, who was able to give commands to his dragon companion, Thuban. Scalebound was originally announced for Xbox One at E3 2014 with a release date of 2016, obviously, they didn’t hit that date. At E3 2016, a PC version of the game was announced, as well as a delay to 2017, the same year it ended up being cancelled.

In 2019, in an interview with VGC, Platinum head Atsushi Inaba revealed no single side was to blame and that “both sides failed” and Scalebound “didn’t do all of the things that we needed to do as a developer”. He adds that it “wasn’t easy” to watch Microsoft take the blame from fans after they announced the game’s fate in 2017 as it wasn’t their fault says Inaba.

While it isn’t likely Scalebound will be revived, it’s living on in another way as the mechanics to Thuban the dragon in Scalebound ended up being adopted in Bayonetta 3 as the titular character is able to control her hair demons in a similar way in the game. Bayonetta 3 is set to release sometime in 2022 exclusively on Nintendo Switch.