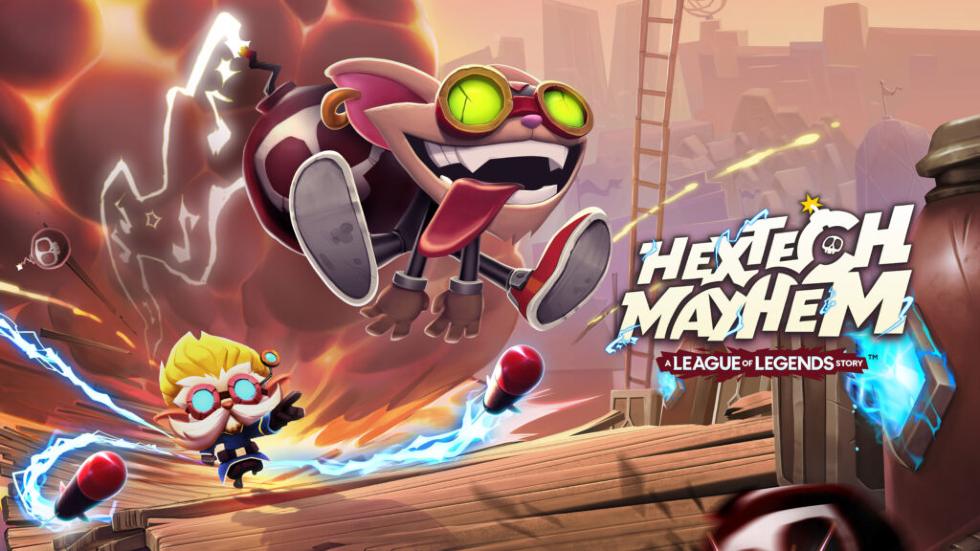 By hiring Choice Provisions (formerly Gaijin Games) the developer behind the addictive Bit.Trip series has been tapped to develop Hextech Mayhem. The game will be published under the Riot Forge label and will launch on PC, Switch, and on the Netflix Games app.

Described as a fast-paced rhythm runner, you play as a yordle and Hexplosive expert named Ziggs as you rampage through the neighbourhoods of Piltover.

Riot Forge is also working on Ruined King, a new single-player experience set in the League of Legends universe and is in development over at Airship Syndicate, the team who worked on Battle Chasers: Nightwar and Darksiders Genesis.

Riot Games is hosting a Riot Forge video showcase on November 16 at 8:00 AM PT / 11:00 AM ET and promises an update on Ruined King.

Hextech Mayhem: A League of Legends Story arrives on November 16 for Nintendo Switch and PC, then on Netflix.