He’s Back!…. Deadpool Video Game Announced for PlayStation 4 and Xbox One 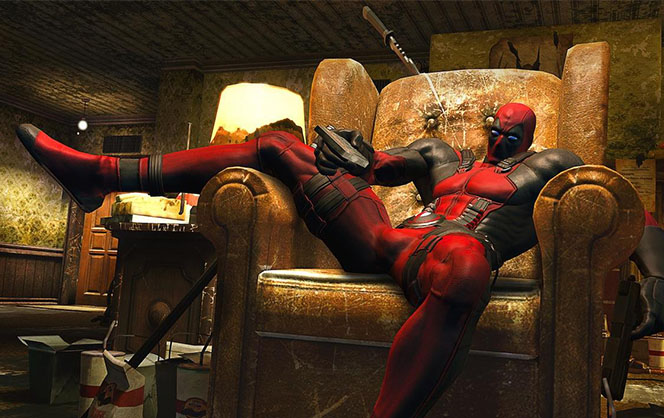 These are exciting times, my friends! Not only are we getting ever closer to the release of the Deadpool movie, but now it looks like Activision and High Moon Studios‘ Deadpool video game is heading to next gen consoles!

Deadpool was originally released back in 2013, for PlayStation 3 and the Xbox 360, and recently released this past July on Steam for the PC. With the whole premise of the game to be “the most awesome game ever”, and getting to play as the world’s greatest anti-hero, in all his whimsical “merc with the mouth” glory, it’s easily one of the most entertaining games I personally have ever played! From beating up Wolverine to surviving an 8-bit pixelated world, even breaking out in an elevator singing Patsy Cline’s “Crazy”, there is never a dull moment, and it definitely breaks the fourth wall! But that’s not all! Deadpool has a wicked combat system; a combination of melee attacks and weapons (mainly his katanas and duel guns). As players progress throughout the game, weapons can be purchased and upgraded. Deadpool can also use teleportation attacks in combination with his weapons, and slowly regenerate health if he has been hit.

If you want a little Deadpool to tie you over till the film’s release in February, then mark your calendars for Deadpool the Video Game’s November 17th release date! Oh, and if you haven’t already figured it out by now, this game is rated “M” for Mature.