The publisher previously teased the existence of the project last week, but the answer to Monster Hunter will feel familiar to many. Wild Hearts will get an extended look next week we’re promised but what we do know today is that you will experience Azuma, a fantasy version of Japan where teams of three players battle Kemono (the large monsters in the trailer we’ve seen).  Kemono range from plant-infused squirrels to massive wild boards known as Kingtusk. After a fateful encounter with a winter wolf Deathstalker, your character becomes the “bearers of a life-sustaining technology and are compelled to restore balance across the region.”

Published under the EA Originals label, where successful titles including It Takes Two launched, Omega Force is working to make this a solo or co-op title with crossplay being confirmed by IGN. 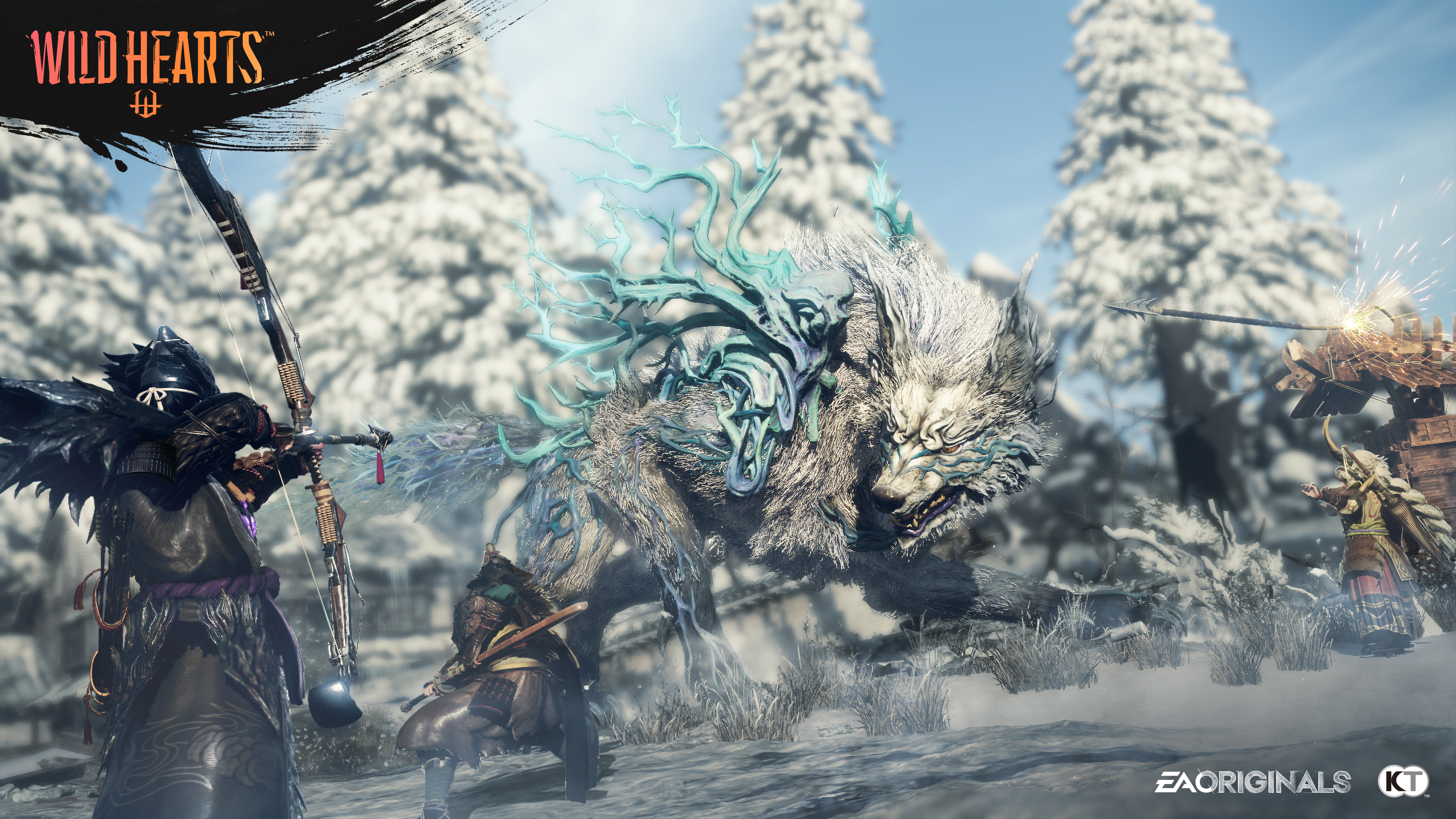 A lot of people are rightly comparing the series to Toukiden but the developer confirmed it isn’t Toukiden 3 but rather a brand new IP for Koei Tecmo.

“With Wild Hearts, not only did we want to showcase the evolution, infusion, and real threat caused by Kemono, but we also wanted to create a game where crafting was at the core of the experience, redefining what can be possible in a beast hunting game. We have placed great care in designing our Karakuri to fit within the combat, and we’re excited for players to use these powerful mechanisms to fight giant beasts and traverse the world,” says Yosuke Hayashi, executive producer at Koei Tecmo says.