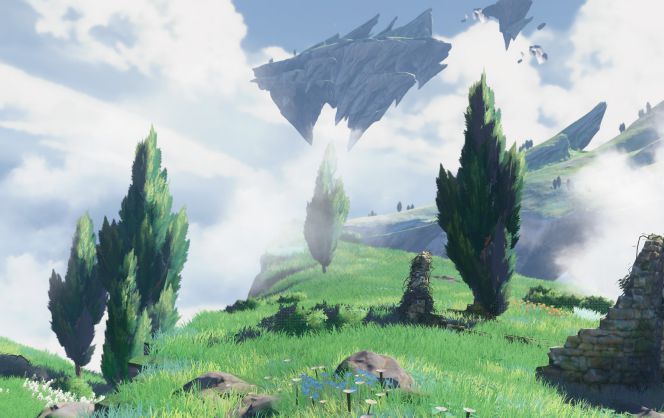 Granblue Fantasy Project Re: Link is a new game being developed by PlatinumGames, with assistance from Cygames and CyDesignation, and a musical score composed by famed composer Nobuo Uematsu. Revealed during the Granblue Fest event, Project Re: Links gameplay was revealed and with some wonderful screenshots, too!

“The journey continues from your smartphone to your PlayStation 4. Captivating character designs and beautiful environments from CyDesignation, the artists behind the original Granblue Fantasy, come to life in 3D by way of PlatinumGames.

PlatinumGames and Cygames are teaming up to create a new story starring beloved characters from Granblue Fantasy – sure to delight Granblue and action game fans alike.”

Speaking to game director Tetsuya Fukuhara, the game will feature four-person multilayer, and with AI support for those who game alone, or unable to match with other players.  Other tidbits from the interview – the developers are confident enough to showcase the game in its current state, from now going forward, the studio will improve the graphics of the game as the project continues.

The original Granblue Fantasy was a mobile game on iOS and Android.