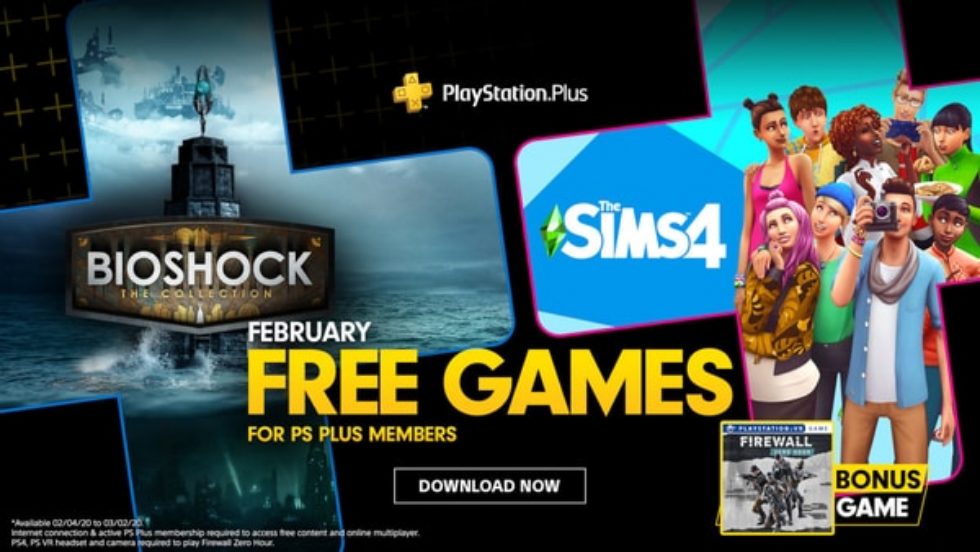 Here Are Your Free PlayStation Plus Games For February 2020

As January 2020 winds down, February is ready to go and a new month means new video games for PlayStation Plus subscribers.

For the first time in quite some time, we’re getting three games for free and the month of February packs some highly entertaining titles. Are you ready?

The first game is BioShock: The Collection and that includes the original BioShock, BioShock 2, and BioShock: Infinite. Downloadable content is included for each game and are remastered in 1080p.

Next, is The Sims 4 and lines up with the 20th anniversary of the series. If you’ve never played a Sims games, this is one worth checking out.

All three games will be available from February 4 to March 2.