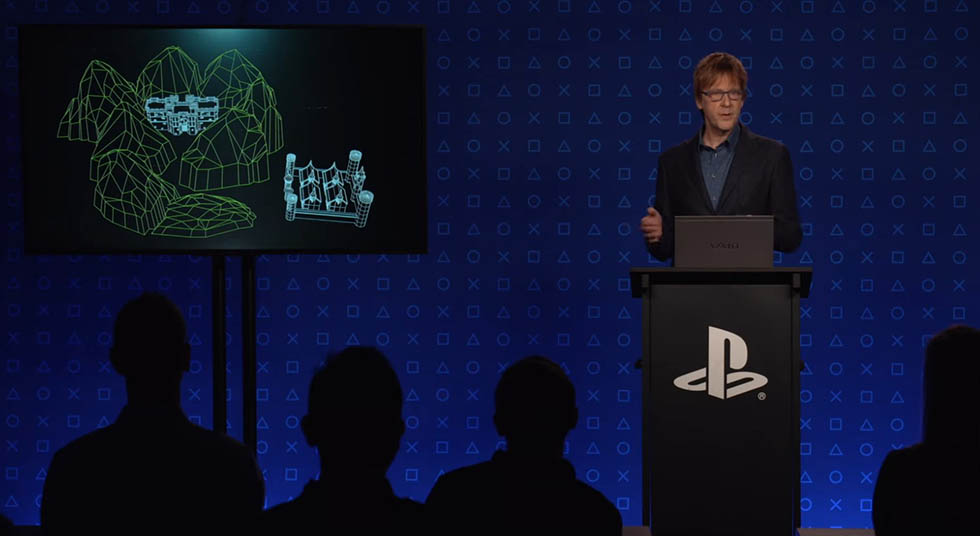 The CPU powering the PlayStation 5 is an 8x Zen 2 Core at 3.5GHz and the GPU powering the console is a 10.28 TFLOPs, 36 CUs at 2.23 GHz and uses a custom RDNA 2 architecture. Included is 16GB of GDDR6 and an 825 GB custom SSD, which Sony has already spoken about in length. To demonstrate, Cerny fired up a PS4 Pro playing Spider-Man, 2018 PS4 exclusive that he worked on alongside Insomniac Games. On the TV, Spidey stands in a small plaza. Cerny presses a button on the controller, initiating a fast-travel interstitial screen. When Spidey reappears in a totally different spot in Manhattan, 15 seconds have elapsed. Then Cerny does the same thing on a next-gen devkit connected to a different TV. What took 15 seconds now takes less than one: 0.8 seconds, to be exact. Sony is also including an NVMe SSD Slot (just like Xbox Series X) and used USD HDD for backwards compatibility, with a 4K UHD Blu-ray drive. According to a report from Eurogamer, the custom RDNA 2 GPU used the 2.23 GHz to effectively deliver 10.28 TF of performance. And while the 2.23 GHz is the limit, it can also be lowered depending on the workload. Sony also reveals that the RDNA 2 unit is 62 percent higher than the one used in the PlayStation 4. Boost is what caught my eye, which allows for both the CPU and GPU to adjust to any given game’s necessity.

Comparing the Playstation 5 to the Xbox Series X, both are similar in terms of power. I’m now wondering how developers plan on using the power provided to them through both consoles to provide new experiences to the user.