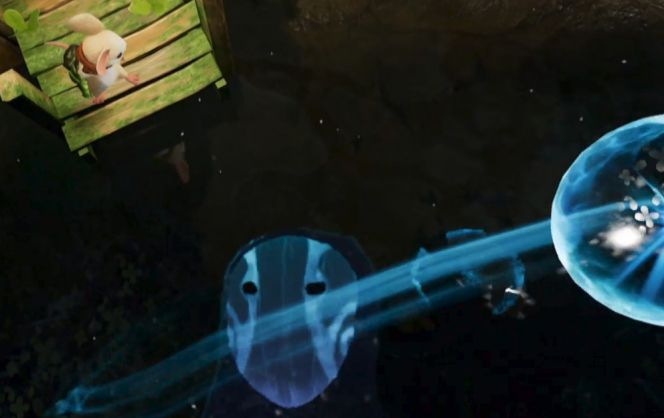 Here Are All The PSVR Games Coming Out During Sony’s PlayStation press conference at Paris Games Week, we saw some of the upcoming games coming to Sony’s Playstation VR.

Moss, which has you playing as the cutest rodent ever, will launch in February 2018 and will be available to pre-order soon.

Ultrawings VR is a flight simulator coming to PlayStation VR.

Ultrawings is an aerial-themed, open-world flight game where you use your virtual hands to fly multiple aircraft to complete a variety of missions across a beautiful, island-themed world!

Bow to Blood is procedurally generated and will feature a fantasy TV setting, set in the future, where we must engage each other for amusement.

Megalith for PlayStation VR was revealed – this is the first title from Disruptive Games, and will feature action-packed gameplay, as your character is able to transform from a titan to a god. More information will be revealed soon.

Star Child was also revealed for PlayStation VR and it is a side-scrolling sci-fi adventure. We are still light on details, but from the trailer, I am interested in seeing more of this game.

We also saw a new look at Resident Evil 7 – Not a Hero DLC which will see Chris Redfield return to action, and in what is one of the best Resident Evil games in some time.

Lastly, we got a look at League of War VR Arena, which made an appearance at Paris Games Week with a look at gameplay, and a neat feature that allows both the VR and an additional player to work together and play together. The tabletop VR game will be out next week on November 7.