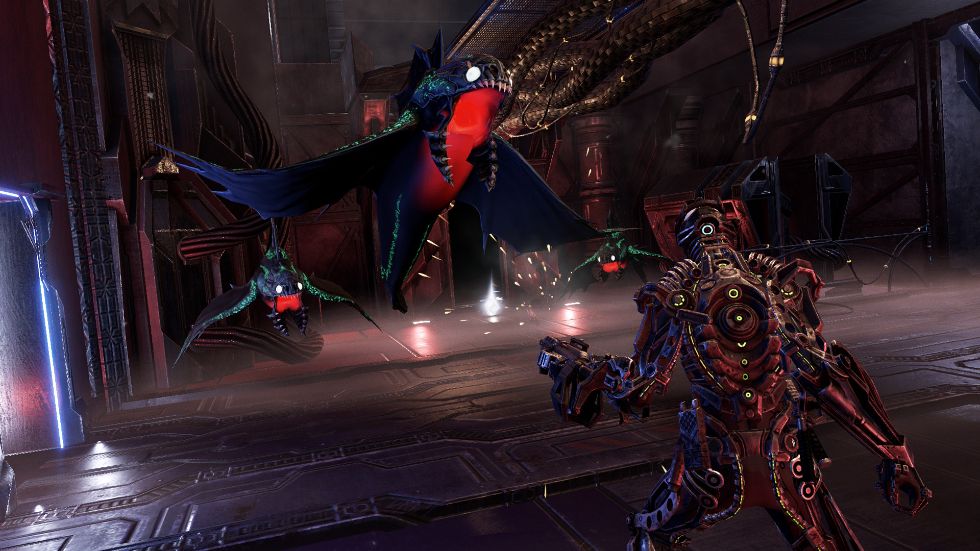 With inspiration from both the Dark Souls and Dead Space series as well as movies like Event Horizon and Hellraiser, you can be this is a scary game that will spook you.

From the official press release, Hellpoint is “doubling down on co-op multiplayer with both split-screen and online support while immersing players in a twisted narrative involving Cosmic Gods, quantum physics, and extinct space civilizations.

Hellpoint takes place in the aftermath of a massive quantum cataclysm called the Merge. Waking up on the Irid Novo, you’ll work your way through the space station while uncovering the truth of the situation.

Boasting Souls-like gameplay with “tight and unforgiving combat,” and occult space story, you’ll explore a dynamic world, transforming the game world every time you die and triggering events as the station revolves around the black hole.

Hellpoint arrives on PlayStation 4, Xbox One, Nintendo Switch, and PC on April 16, 2020.