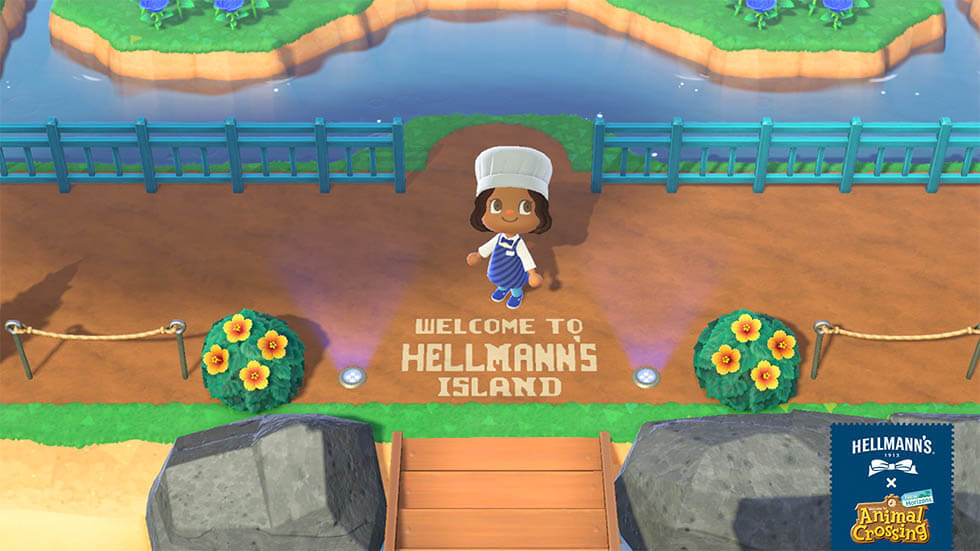 A neat initiative from Hellmann’s Canada was announced as the company looks to help reduce food waste. To do that, they’ve created an island in Animal Crossing: New Horizons, “that offers a five-star virtual island experience and escape, as well as the opportunity for gamers to make change in the real world, by converting their virtual food waste in the game into real food for people in need.”

We’ve seen some really exciting ways Animal Crossing has been put to good use, but this is certainly the first a company is using the game to deliver meals to those in need. On every Sunday, Daisy Mae arrives to sell her grandmother’s turnips for Bells, the currency found in New Horizons. Since it is perishable, you only have until the end of the week too offload all your turnips or lose them to spoilage.
But now, instead of being garbage, you can direct message Hellmann’s Canada on Twitter @HellmannsCanada starting Monday, August 17, to 12.15 a.m. EST on Saturday, August 22. they will then their dodo code on a first-come, first-serve basis. Selected visitors will be provided with a 15-minute timeslot to drop off their spoiled turnips. For each spoiled turnip dropped off, Hellmann’s will donate a meal to Second Harvest until the 25,000 meal target is achieved.
That’s not all you can do when you visit the island. We’ve included a video above that showcases what the island has to offer, including a peaceful stroll through “picturesque canola fields or  you catch a glimpse of other Hellmann’s ingredients, including freshly laid eggs from free-run hens and barrels of vinegar.”
There’s the Second Harvest Outdoor Kitchen, the Able Sisters Merch Shop, which features Hellmann’s inspired dresses, shirts, and jackets. Resident Services offers ways to reduce waste in your home and tips on being creative with the food in your fridge. Lastly, the Ribbon Island is available and is only a pole vault away, this area resembles the Hellman’s logo.