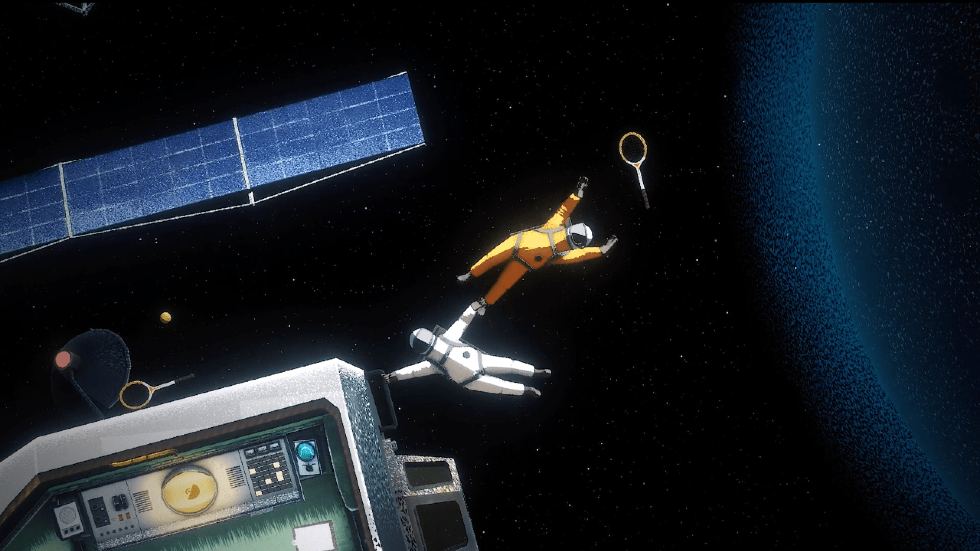 Another game that’s been off the radar for a while now, Heavenly Bodies has resurfaced with a release date that’s coming up quickly. The co-op game that has been in development for three years will launch on December 7, 2021, on PlayStation 4 and PlayStation 5.

2pt Interactive, the studio working on Heavenly Bodies revealed a new gameplay trailer this week that gives both solo and co-op players a look at what to expect when the game launches.

Joshua Tatangelo, designer and lead artist at 2pt Interactive says the game was influenced by mid-century technical illustrations, “archival imagery of early space flight exploration and cutaway drawings that allow the viewer to see detailed structures.” The team’s goal was to recreate something similar, with an interpretation of space rather than anything realistic.

From the looks of things and judging by the trailer, the physics will be doing a lot of the funny work you’ll encounter in a few weeks. We see how the controller works and it looks like it takes inspiration from Qwop, one of the more interesting free-to-play casual games on PC.

“Our love of historical space illustration extends to every corner of Heavenly Bodies, and we’ve aimed to capture the magic of mid-century graphic illustration wherever possible. For us, this era embodies the early romanticism and optimism of space travel. While loosely set in the late 60s, early 70s, we’ve adapted events and technologies from later decades to create the kinds of scenarios we want players to experience, and we hope you enjoy it. See you in orbit!” says Tatangelo.