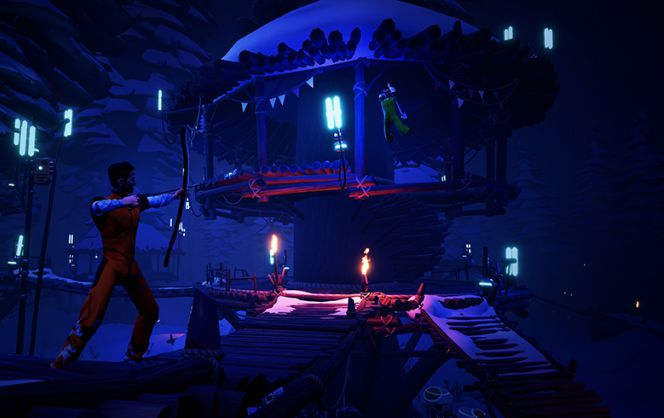 Have You Checked Out The Open Beta For The Darwin Project?

The open beta is currently in its final day for The Darwin Project, a battle royale style game set in the Canadian Rockies where 10 players must engage each other while dealing with the environment as well.

Currently available on Windows 10 via Steam, the Hunger Games inspired game will also include two new features that will help you stream on various platforms like Mixer for one, as well as enabling viewers to engage in new ways.

If I’m streaming the game, for example, my job as the “Show Director,” is to control the arena and can utilize powers such as nuclear bombs, zone closures, and gravity storms. The more people watching me stream means I can use the audience to vote on other things I can influence, including match rules and retooling the arena.

Another neat feature, if the audience, for example, isn’t enjoying how a certain player is engaging and or is causing problems and being a pest, the audience can vote for a Manhunt. Once chosen as the target, everyone in the arena is notified and given the task to eliminate that player for extra points.