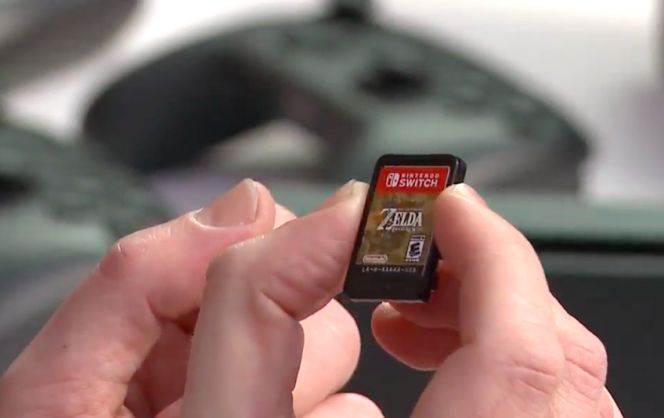 Have The 64GB Switch Carts Been Delayed? The Nintendo Switch is a bonafide hit for Nintendo. With sales hitting 10 million consoles sold in just under eight months, the hybrid machine is going to eclipse the Wii U’s lifetime sales in not even a year. There are some minor grievances with the Switch, for example, the cartridges are a hassle to carry, and the limitations of them will bottleneck Nintendo down the line.

As it is, the current Nintendo Switch cartridges can carry u to 32GB, and while most Nintendo first-party titles are anywhere between 2-8 GB, there really isn’t need for much more than the initial 32 GB being available. Of course, Bethesda has put both Doom and Skyrim on Nintendo Switch, which has put a strain on what the console can do due to limitations.

This wouldn’t be an issue though if developers were able to use the larger cartridges, which are able to store up to 64GB, this is what a Blu-Ray can hold, but, it looks like eager devs will need to hold on as these 64GB cards will be off-limits until 2019, according to The Wall Street Journal.

Developers require the extra space because the internal memory of the Nintendo Switch isn’t much, to begin with, this is also an issue now because developers still require Switch owners to download additional game data to either their Switch or an external SD card.

According to reports, Nintendo has delayed the cartridges due to technical issues, however, Nintendo has yet to confirm this and with 2018 on the horizon, it’s likely to frustrate developers even more as they are being bottlenecked by Nintendo by this situation.