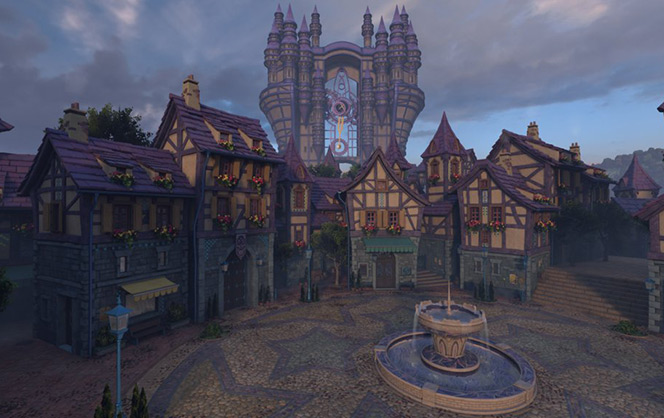 Did you know that today is a special day for Kingdom Hearts because it is! Today is the anniversary of the beloved Disney x Square Enix hybrid that we’ve all come to love, and then hate, and then love!

Over on Twitter, we’ve got a new screenshot of Daybreak Town, which was the town from Kingdom Hearts χ. With 2.8 Final Chapter Prologue, Square Enix is developing new cinematics for the content original found in Kingdom Hearts χ, using the same engine we can expect to see in Kingdom Hearts.

Kingdom Hearts 2.8 Final Chapter Prologue still has no release confirmed but we do know that it is coming to PlayStation 4, which comes with the remake of the Nintendo 3DS game, Dream Drop Distance and the newest episode Kingdom Hearts 0.2: Birth By Sleep – A Fragmentary Passage.