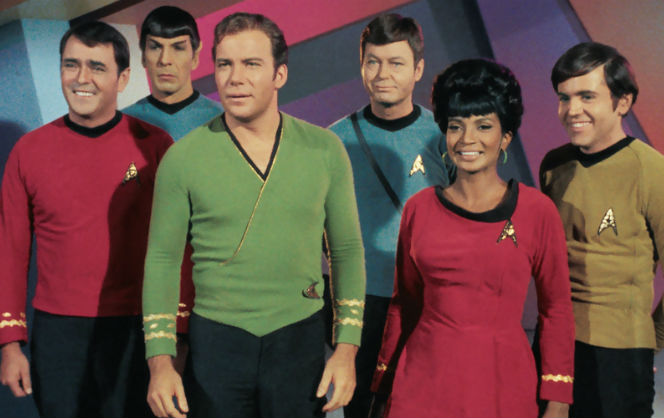 Star Trek: The Original Series premiered on this day 50 years ago in 1966! Wow. To celebrate the birthday of such a important and influential TV show, we’re going to count down the Top 5 Star Trek video games ever! Here we go. Settle down. I bought this game for about $5 a couple months after it came out and genuinely had a fun time with it. Not playing the actual game…no, but exploiting every bug and glitch I could find (and boy were there tons). Not the best Star Trek game no, but if you can get it for a couple bucks and enjoy funny (but not so game breaking) glitches then I think you’d have a blast as well. This game is based off the 2009 movie cast with Chris Pine and Zachary Quinto but follows a different story about a Gorn invasions. This is an RTS/Simulation game from the early 2000’s and was hailed for its great writing, fun gameplay, and innovative mechanics. The game can be played with up to 8 people and is rated E. Star Trek: Invasion was centered heavily on space combat and deals with the threat of an oncoming Borg invasion. It was developed by Warthog Games and published by Activision in 2000. People loved the story telling, and the gameplay was most the most impressive thing about the game. Warthog implemented a 3D shooting mechanic that was as accurate as it was fun. Every button on the controller was used to pilot the ship, but it didn’t feel like a hassle. Star Trek: Invasion also took the immersion to a new level using lines recorded by some of the actual The Next Generation cast members such as Patrick Stewart and Michael Dorn. Star Trek Voyager: Elite Force was a First-person shooter/action game developed by Raven Software and published (once again) by Activision. It was praised by gamers and critics alike for its perfect translation of show to video game. It was also called the best FPS of the year and the best Star Trek game ever (at the time).A huge part of the game was how the Borg would develop an immunity to your weapons making them harder to kill. The game was released for PC, Mac, Linux, and later on the PS2. One of, if not THE highest rated Star Trek video game is Star Trek: Klingon Academy. It was a single or multiplayer space flight simulator and was deemed the best in its field (again, at the time). Klingon Academy was the follow up to Starfleet Academy, but this time you controlled the Klingons. This is a lot like what Star Wars did with Star Wars: X-Wing and then Star Wars: TIE Fighter. It was developed by 14 Degrees East, could host up to 6 characters, and was rated T.

If you can, I highly recommend checking out these games if you’re a big Star Trek fan like me. But Video Games isn’t the only thing Star Trek has influenced. The tech world would just not be the same without this series. Star Trek has actually predicted a lot of technology that we take for granted today such as Bluetooth (Badge Communicators), Tablets (Geordi Laforge’s PADD), and even Universal Translators (Kirk uses one in the Original Series). Another major influence is the Enterprise’s on-board computer (voiced by Majel Barrett-Roddenberry). This is seen today in technology such as Apple’s Siri or Microsoft’s Cortana.

Now before you look at Star Trek as just another nerdy show full of guys in tight suits, people in red shirts dying all the time, and cheesy aliens, stop and remember just what we could possibly be without if it weren’t for Star Trek. Happy 50th Anniversary you magnificent show!