Ninja Theory’s Bleeding Edge was a bit of a chin scratcher for me when it was first announced. Seeing a studio so fundamentally focused on hard-hitting single-player narratives pivot with a small team to develop a 4v4 melee-focused competitive multiplayer experience, I wasn’t quite sure what to think.

While Ninja Theory has since put the games in the hands of players via closed alpha and beta tests. However, it wasn’t until I got my hands on the latest build and got to play alongside Ninja Theory artists and key members of the development team that I truly wrapped my head around it all.  On the surface, Bleeding Edge has a quirky and colourful aesthetic. It features a sizable roster of class-based fighters each with their own unique designs and abilities. Once you get your hands on the controller and dive into the game, you’ll begin to understand how complex the game can become. 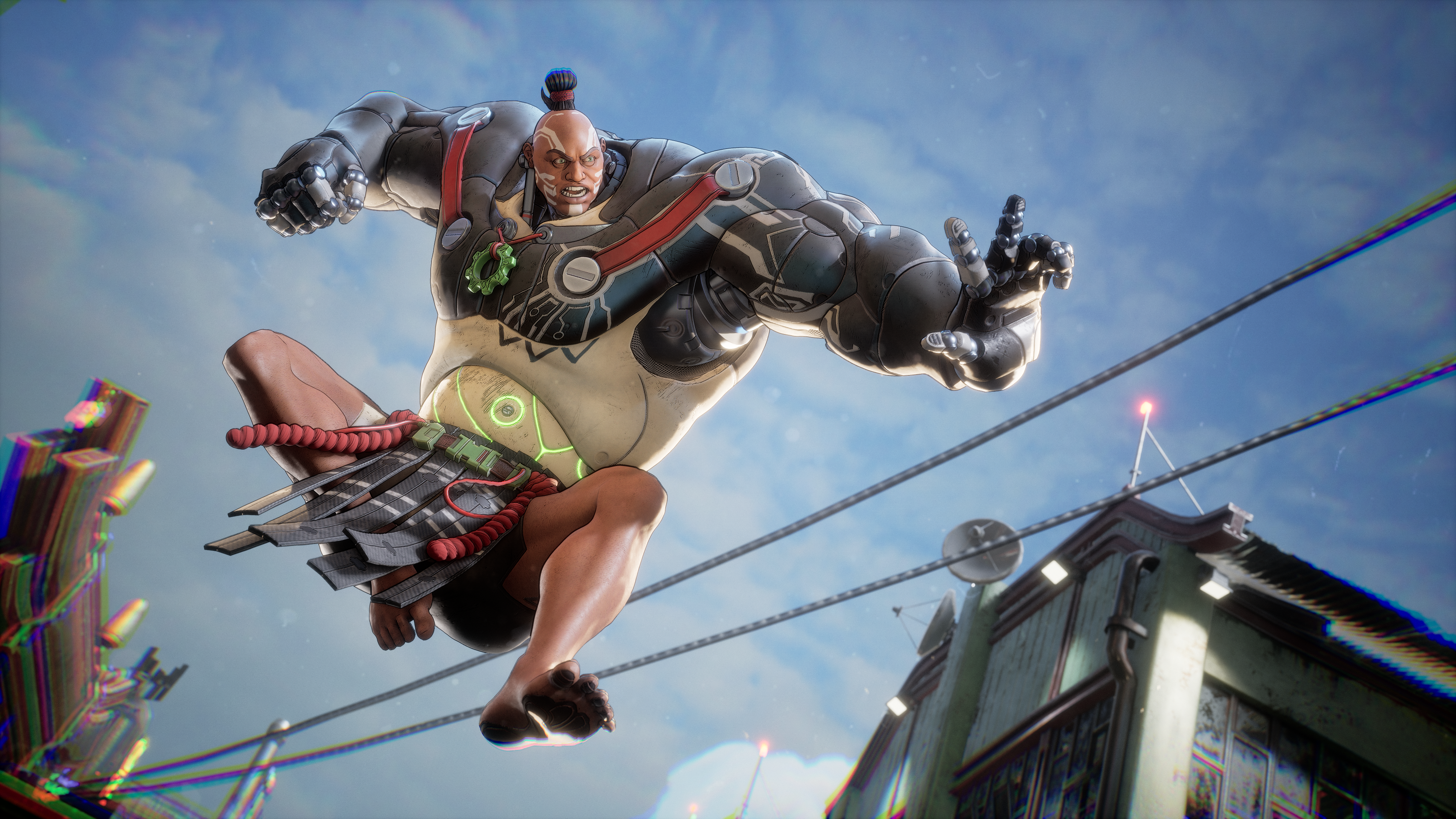 For anyone even moderately attracted to class-based competitive games, Bleeding Edge checks off all the required boxes. It has a balanced list of characters divided into the three major class archetypes; Offense, Defense, and Support. With a string of abilities at their disposal, players must string together combos, building towards a special. Knowing how and when to use your abilities is key when playing this team-based title. El Bastardo, who is a melee tank fighter quickly became a favourite of mine due to the fact that he is able to top his standard melee hits with his abilities to build very interesting combos.

Having been acquired by Microsoft, Ninja Theory’s Bleeding Edge will be releasing day and date on March 24th on Xbox Game Pass. This means the likelihood of players not normally pulled into competitive games will be dipping their toe in and Ninja Theory wants to welcome them with open arms. Bleeding Edge will have a full tutorial going through the basic and even a more advanced tutorial mode if you really want to learn the ins and outs. Bleeding Edge will also feature the “Dojo”, a mode where you can play against AI to refine your skills with each fighter. You’ll have access to a slew of customizable options to set in regard to your preferences.

11 fighters have already been revealed, but during my time with Ninja Theory, they revealed the 12th fighter on the roster; Mekko. As you can tell, Mekko is a dolphin in a mech suit. As absurd as it sounds, Mekko fits in the overall tone Bleeding Edge possesses. Based as a ranged-tank fighter, Mekko can take the brunt of the enemy’s damage but not have the need to get right up into the faces of the other team. While some of the fighters are better tuned for players just stepping in, Mekko is treated as a more advanced fighter, due to his more complex use of abilities. Ninja Theory has said Mekko will become available within the launch window but did not specify a date. 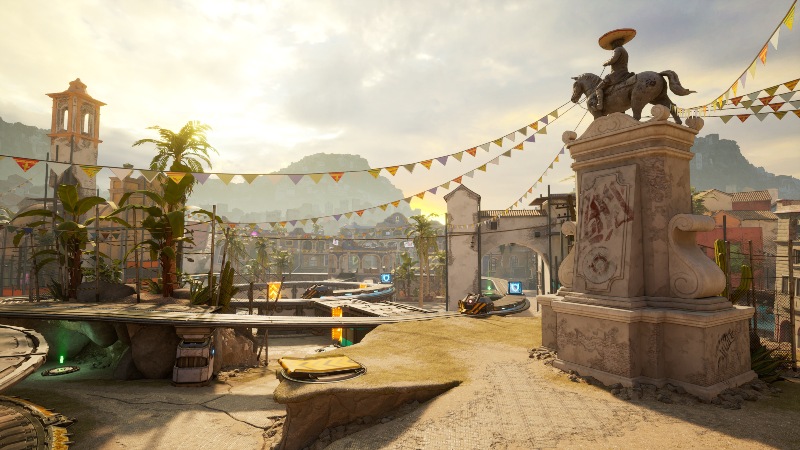 Along with a new fighter, I was able to get a peek at the new map, Landslide. As all maps are tangentially based on real-world locations, Landslide is a Mexico inspired map. The location is rich with structures and visual nodes of Mexico, with a futuristic spin. Unlike Mekko, the Landslide map will be available on launch day.

The key component to winning in Bleeding Edge isn’t being the hero and gaining the most kills. No, Bleeding Edge is comprised of objective-based game types so having a faithful squad behind you will be the driving force to winning. Diving into the game without a focus on strategy and expecting results would be a bit bullish. Bleeding Edge is a new IP, with new mechanics and unestablished characters and abilities.

Understanding core fundamentals and proper team compositions take time, so admittedly, I struggled with the game at first. However, through my hands-on time with Bleeding Edge, I was joined by Aaron McElligott, the Lead Artist and Daniele Galante, the senior sound designer on the project. Together, they carried me and another member of the media through three full matches. Thanks to McElligott and Galante’s teachings, I was able to gain a firm grasp of what was unfolding in front of me.

Being objective-based, Bleeding Edge truly hinges on having established communications behind each team member. One of the game’s main game modes involves capturing and holding specific points on the map. Organizing when to advance, and how, teams must have that line of communication to get the upper hand on the enemy. Even if you’re feeling rather confident and play as a lone wolf, the likelihood of the other team rallying to you and overpowering you is exceptionally high. Regardless of the fighter you choose, you’ll quickly be overwhelmed once two enemy fighters start laying the beat down on you. Having a well-developed team composition is encouraged. It’s advantageous to round your team out with a healer and tank fighter. Although you can get creative with the fighters and break their established classes to fit your own playstyle, there are limits.

Overall, my time spent with Bleeding Edge’s latest build left me feeling very optimistic about the stickiness of the game. There’s a lot of substance within the game’s competitive game modes and character builds. Although the game can be a bit overwhelming upon the first match or so, Ninja Theory has placed a lot of emphasis on developing tools to make the game more accessible to new players or players who don’t regularly play games within the genre.

Bleeding Edge will be available on Xbox One and PC on March 24th.