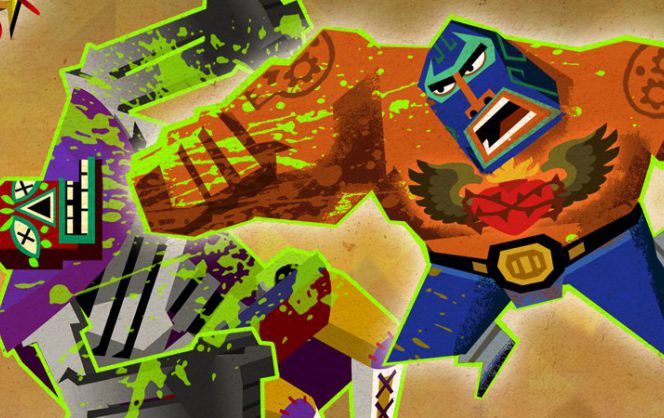 Announced during Sony’s PlayStation Conference at Paris Games Week, this is the first of seven unannounced titles coming to the PlayStation brand!

Seven years after defeating Carlos Calaca, Juan Aguacate is forced to don his luchador mask again to face a new threat — this time to the very fabric of space and time. Punch your way through a whole new Metroid-vania style world and try to save the Mexiverse!

Guacamelee! 2 will include a bevy of new features, including:

Visual Enhancements – A redesigned lighting system to take more advantage of the power of the PS4. Guacamelee! 2’s visuals are a big step above those of the original game on PS4, and are enhanced further to include 4K and HDR support when played on the PS4 Pro.

The first game was a fantastic take on the Metroidvania genre, pummelling any expectations I had and leaving me wanting more of the series – with the announcement at Paris Games Week, this makes me ecstatic. The game will be a PlayStation 4 exclusive.