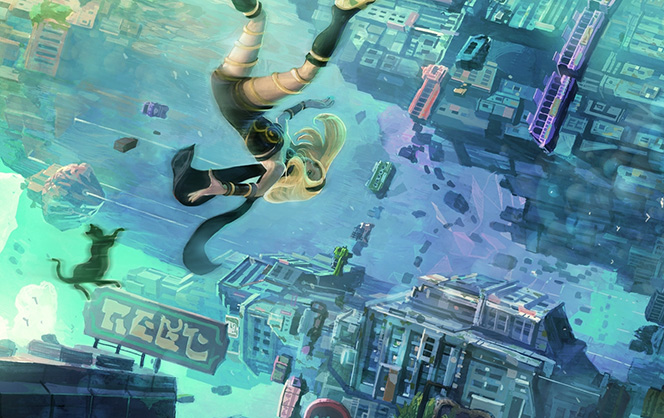 Another one has joined the lineup of 2017. Sony has announced that Gravity Rush 2 will now slip into 2017 instead of Holiday 2016.

In July, we announced a release date for Gravity Rush 2 that we felt most appropriate for the title. Since then, though production is proceeding smoothly, the landscape for that release date has changed dramatically.

Gravity Rush 2 is the conclusion of Kat’s journey, so we want players to have enough time to dive deep into her story. In addition, as a lot of work went into online features that allow for asynchronous player interaction, we want as many people as possible playing the title at the same time. Thus, after careful deliberation, we have decided to change the release date. Gravity Rush 2 will now launch on January 20, 2017.

I would like to apologize to all those players anxiously awaiting Gravity Rush 2. After four years of development making a title we are very proud of, we want to release it at the very best time.

The upside of the delay is that any DLC that was paid will now be free. Win!