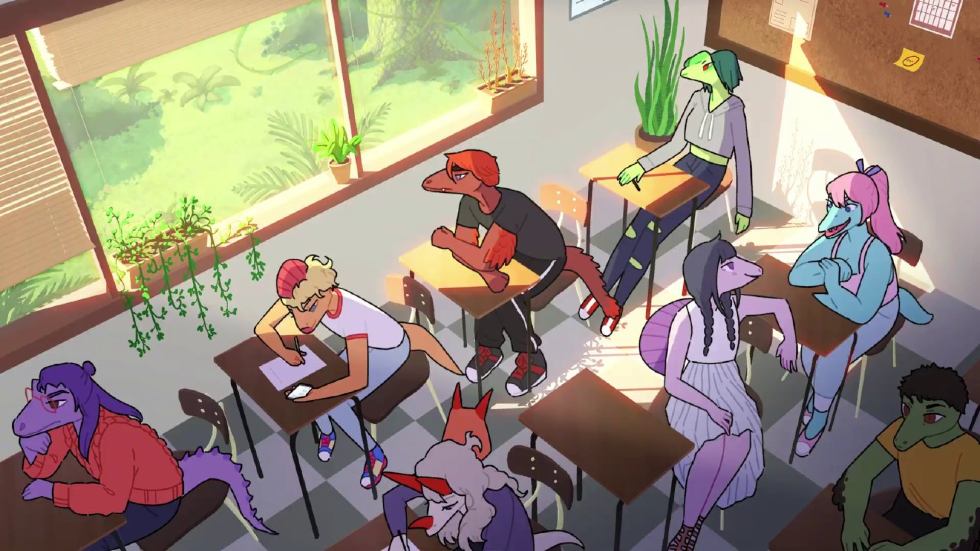 Goodbye Volcano High Has Been Delayed to Overhaul the Narrative

Canadian indie studio KO_OP revealed Goodbye Volcano High last year and it caught my attention pretty quickly. Since then though, the studio has been hard at work getting their next game out. This week the studio has announced the game has been hit with a delay and will now launch next year.

This decision didn’t come lightly the honesty behind the news is commendable. In addition to the ongoing pandemic making development much harder because of the remote work now leading the industry, KO_OP is also rebooting the narrative of Goodbye Volcano High.

“It’s been a really hard year for many reasons, and the mental and physical health of the team has to come first. We don’t want to crunch, and we don’t want to put ourselves in stressful situations to finish the game by 2021 when we can take a little more time,” the team working on the game said in a note to fans. “Thank you to those who have been supporting us since day one and to those who have joined us along the way. We really appreciate you and your support. We love making this game and we’re lucky we have a chance to make it!”

Goodbye Volcano High stars a group of anthromorphic dinosaurs in a story-driven, choice-based adventure. Playing as Fang during the final year of high school, the students need to figure out who they are and decide if they are ready for what comes after graduation.