After some rather insane tactics from rather nasty fans, they finally get some news around God of War Ragnarök— it will launch on November 9, 2022, on PlayStation 4 and PlayStation 5.

God of War Ragnarök has had some issues and delays and some rather nasty fans over the months. Now it’s time for Santa Monica Studios to ship one of the most anticipated games in quite some time. Today’s Father and Son CG trailer reveals the November release date and unveils the Collector’s Edition and also the

Below is a video of the God of War Ragnarök Collector’s Editions unboxing with Thor actor Ryan Hurst and Santa Monica Studio Art Director Rafael Grassetti. We also see the Jötnar Edition which is what I’ll be picking up.

Looking at the Launch Edition, players will have both Kratos Risen Snow Armor and the Atreus Risen Snow Tunic unlocked for them.

Some items unlock via story progression. 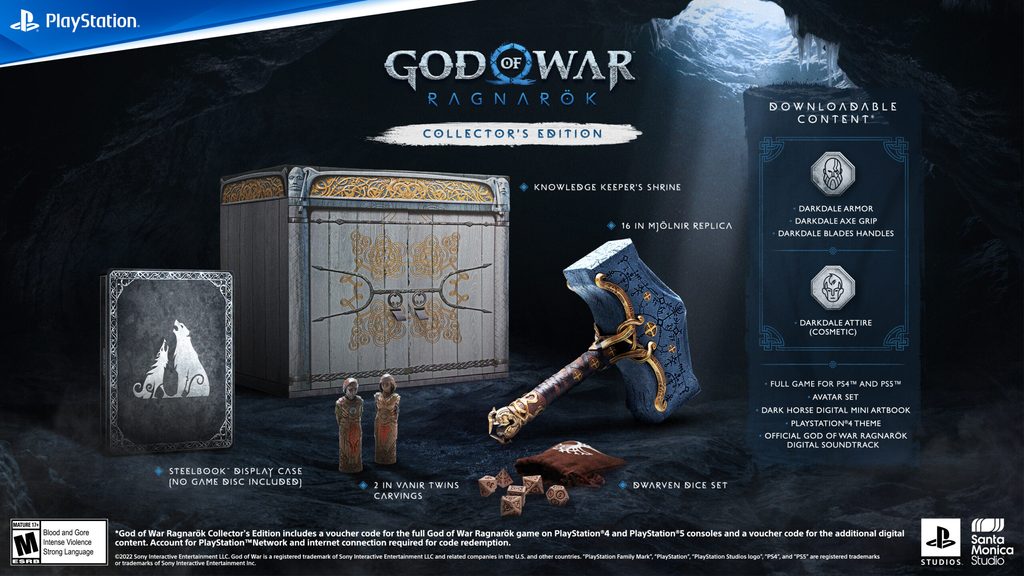 Collector’s Edition has some goodies fans will truly love. We see the Collector’s Edition comes housed in a beautiful box representing the Knowledge Keeper’s Shrine. These were shown at the end of God of War where Atreus learns of his heritage and where the Giant Sorceress called Gróa, was the first to have a vision of Ragnarök. 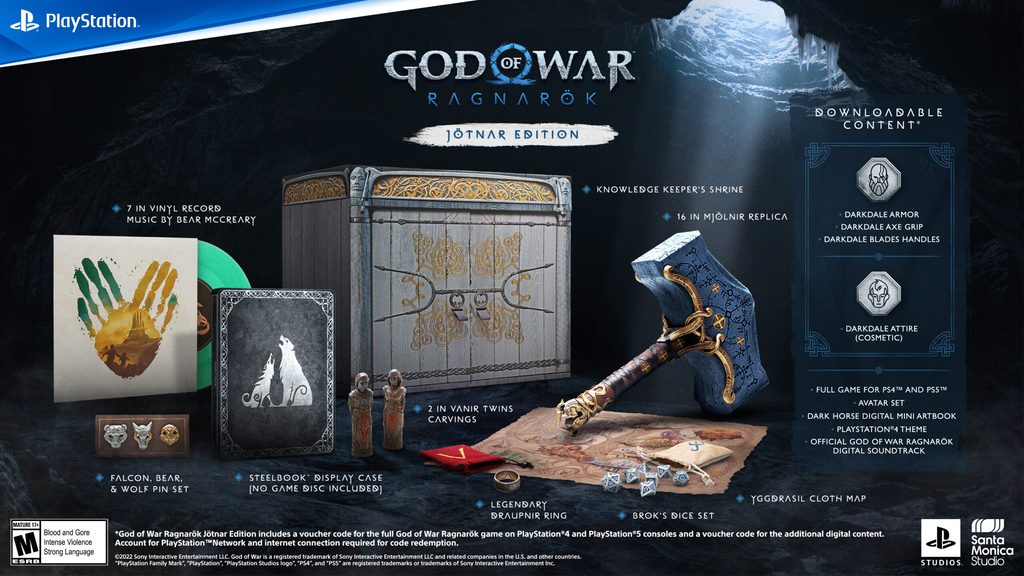 Lastly, the Jötnar Edition, which is stunning is the premium version of the Collector’s Edition. This was put together by the team at Santa Monica Studio.

Also included in the Jötnar Edition are the following digital items: