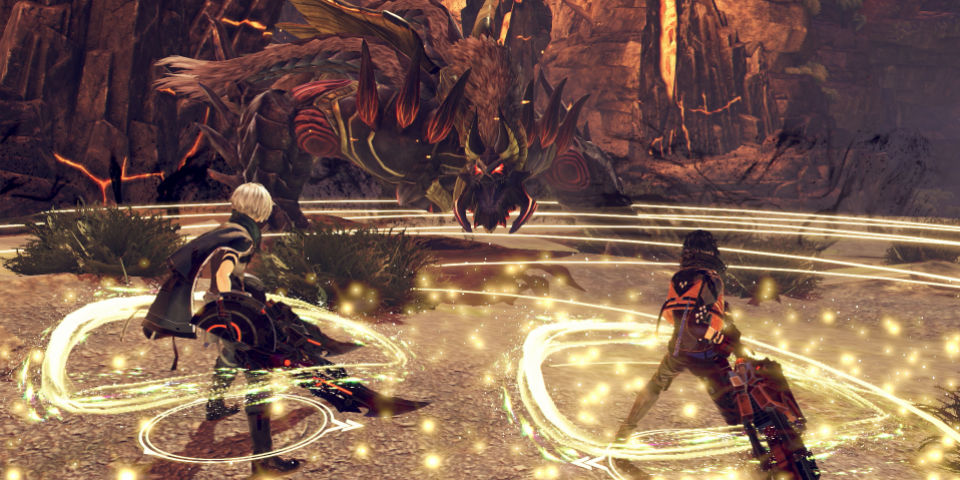 Today Bandai Namco announced details pertaining to the release of the upcoming monster-slaying action RPG. The latest installment in the series is confirmed to have a release on the PlayStation 4 and PC (via Steam).

Assets were also released for the game that highlights various features in the game such as the Ashlands region and Ash Aragami, Adaptive God Eaters, as well as the Biting Edge and Ray Gun, new types of God Arcs.

The Ashlands are described as unhabitable regions that have forced the former residents to seek refuge underground in shelters called Ports. The Ashlands are now home to fierce new Ash Aragami such as Anubis and Ra, a challenge fit for a God Eater.

The Biting Edge God Arc, a dual-bladed weapon that thrives on quick slashes and stabbing attacks, and the Ray Gun, an extremely strong ranged attack that requires precise timing, rounds out the new types of God Arcs in the game.