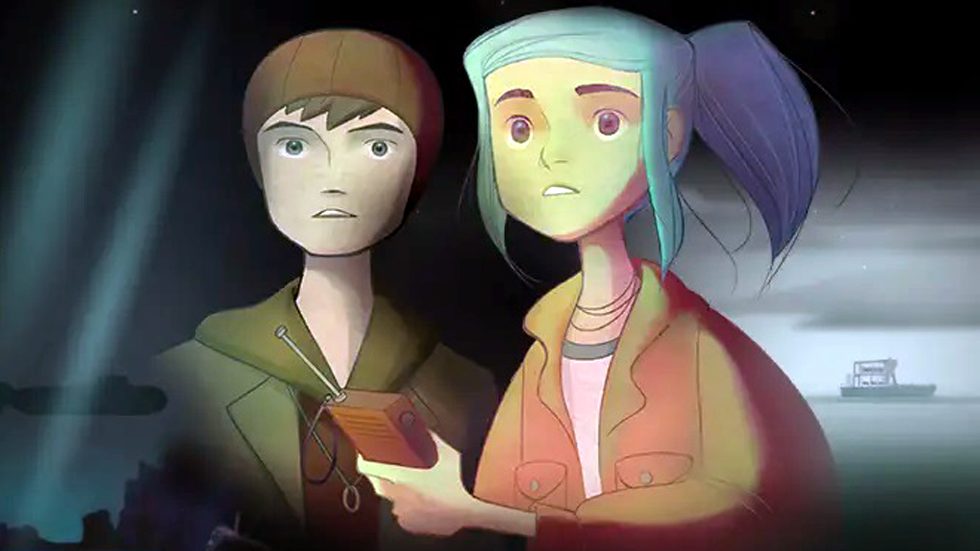 Get Ready For Halloween With Some Spooky Titles You Should Play

We’re just days away from another frighteningly ghoulish Halloween and while we’re all watching The Craft, The Frighteners, and Hocus Pocus, there is tons of fright to go around.

And so, we’ve shared some titles available now that are sure to both fright and delight in the final few days before All Hallows’ Eve. Of course, we’ve thrown in a couple of our recommendations just for good measure!

It’s been a long time since there’s been a proper 2D experience in the Metroid franchise. Bobby called Metroid Dread “hauntingly beautiful and dreadfully terrifying, giving us one of the best experiences on the Nintendo Switch.” So if you are going to play anything new on Switch to get you ready for Halloween, you probably don’t need to look any further than the front page of the eShop. In this roughly five to nine-hour experience — give or take the amount of time you run around endlessly —  you’ll descend upon planet ZDR to inspect a mysterious transmission, only to find that it’s become overrun with vicious alien lifeforms and one-helpful-now-murderous robots called the E.M.M.I.

Illfonic’s recently launched Ghostbusters: Spirits Unleashed is one heck of an asymmetrical experience. One that is a lot of fun with friends and strangers but not so much fun with AI. It also launches at the perfect time with October being one of the best months of the year.

Illfonic also recruited some incredible talent behind the mich including Ernie Hudson and Dan Akroyd returning to voice the characters. Did I mention it is set after the events of last year’s Ghostbusters: Afterlife? With more support the game could thrive with some of the greats – as it is now, Spirits Unleashed has a lot of potential in the long run.

I wrote in a recent news article that sophomore projects are hard to get right. They are especially harder when you are Playdead, and the game you need to improve upon is the multi-award-winning classic Limbo. But Inside manages to stick the landing in terms of being just as good — if not better — than what came before it. There’s a little more colour and depth this time around, but just as many challenging puzzles and moments of absolute dread!

If there’s another eerie adventure platformer that rivals Inside. In this tale of terror, you are tasked with escaping a doll house by playing one hell of a game of hide and seek with creatures spawned from some of our greatest fears. Play both of Tarsier Studios‘ adventures together and in a way tailored specifically to use the best aspects of the Switch. You can also pick up the sequel, which is even more terrifying than its predecessor.

Supermassive Games has been on a streak as of late, between The Dark Pictures Anthology and The Quarry, the studio knows how to frighten its audience. Man of Medan is a great way to become acquainted with the series as it is set in the South Pacific Ocean and stars a group of friends on a vacation. Little Hope sees another group of students and their teacher become stranded in the town of Little Hope. House of Ashes is the third title starring a military unit who are in the middle of a search for chemical weapons. Of course, things do not go as expected and they unearth something far more diabolical buried in a Sumerian temple.

The Quarry is the biggest project from Supermassive Games since Until Dawn. This one is set at Hackett’s Quarry and it follows a group of teenagers attending a summer camp. Our review even says that The Quarry feels more like an expertly executed one-season, 10-episode series on your favourite streamer service.

Dennis says that Supermassive Games presents its version of a summer camp thriller with moments of horror as it brings justice to a classic universal monster as a real threat with a more modern twist. If you’re looking for a classic horror take then this is probably right up your alley.

Now, here’s a bit of a wild one! Friday the 13th: Killer Puzzle takes one of the most famous creepy killers in popular culture history and turns some of his more fantastical variants into a mobile puzzle game where you solve puzzles to bring death or life to the counsellors of Camp Crystal Lake. There’s a lot to love about this charming little mind-tickler… oh and over 150 puzzles to keep you busy!

A pharmaceutical company develops a virus, dubbed the T-virus, that will bring the dead back to life. This causes the downfall of Raccoon City, the iconic city where some of best entries have taken place. The rest of the series takes a more action-oriented turn until Resident Evil VII and Resident Evil Village, taking us back to the series’ roots.

How can we not add one of the best games to play around Halloween? That’s right — Luigi’s Mansion 3 is a game that everyone with a Switch should experience at least once. If you’ve already played it then you know how much fun it is playing as the older Mario brother who has to clear the Last Resort of all supernatural maladies. With King Boo haunting the top floor and your friends all under his control, it’s up to Luigi and Professor E.Gadd to make things right. It is available on Switch’s eShop and is one of those games where with every replay, the game becomes even more fun to play.

Oxenfree is a supernatural thriller about a group of friends who unwittingly open a ghostly rift. It’s from Night School Studio, which was recently acquired by Netflix, and is the same studio that released Afterparty. There’s also an Oxenfree sequel currently in development starring a new cast and location and is one of those titles you need to keep an eye out for. Why do we recommend Oxenfree? It’s a deeper game than it looks from first impression and one that will truly move you, but not before it also gives you some scares.

Dead By Daylight gives you the chance to be in your favourite horror movies. The multiplayer game features some of the biggest and most iconic enemies from nearly a dozen different horror films — Hellraiser, Halloween, Saw, Nightmare on Elm Street, Texas Chainsaw Massacre, Evil Dead, Silent Hill, Resident Evil, and more. How can we not add one of the scariest games on Nintendo Switch?

Alien: Isolation is a first-person survival horror game capturing the fear and tension evoked by Ridley Scott’s 1979 classic film. Players find themselves in an atmosphere of constant dread and mortal danger as an unpredictable, ruthless Xenomorph is stalking and killing deep in the shadows. Underpowered and underprepared, you must scavenge resources, improvise solutions and use your wits, not just to succeed in your mission, but to simply stay alive.

So, what are you going to be playing this Halloween? Are you ready to be scared or are you ready to do the scaring? We’ve compiled a list of some of the best games to play on Switch this year and with Halloween looking like it’ll be back on track this year, there’s time to go trick-or-treating and play spooky video games to get the most out of the season!

Before Double Fine joined Xbox Game Studios, it worked on some incredible indie games including Headlander. However, it’s the Costume Quest series that sticks out as being a perfect addendum to the Fall season.

Playing as fraternal twins Reynold and Wren, the pair are in a new neighbourhood about to head out on Halloween night to trick-or-treat. However, a monster kidnaps your sibling and so you must save them while still exploring the neighbourhood and collecting candy from all the neighbours.

A sequel followed a few years later and improved on several aspects of the original Costume Quest. In the sequel, an evil doctor opens a portal that leads to a future where Halloween is outlawed and it is up to you and your friends to return things to normal.