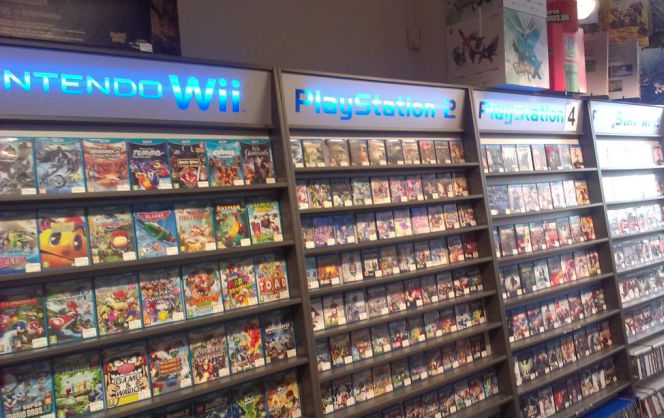 Get The Latest Games Without Bankrupting Yourself

Everybody has found themselves in that frustrating situation where an awesome game has just been released, all of your friends are playing it and talking about how incredible it is, and you’re at home crying because you haven’t got the cash to buy it. Games are expensive and the price just seems to be going up. It’s never good to get on board with a game late on, especially where online multiplayer is concerned. If you have to wait a few months before you can afford it, by the time you get on there everybody else will be kitted out with high-level gear and knowledge of all the best tactics, while you’ll be clueless and probably losing every time. It’d be great if you could get all of the new titles that you wanted but most people just don’t have that kind of money lying around. But don’t fear, there are ways around the jacked up prices of a brand new video game so you can make sure that you’re not missing out.

The price of games drops pretty rapidly in most cases so if you wait a couple of months, you can get it far cheaper, it doesn’t always work though. GTA V, for example, still sells at almost full price even though it’s been out a couple of years. This isn’t your best option if you’re serious about your online multiplayer but for single player titles, it’s a simple way to cut the cost of your games. As long as you’re willing to wait a while before you get your hands on the game, you can pay far less for it. The longer you wait, the cheaper it gets.

If waiting a while for your games isn’t a problem for you, you should consider buying pre-owned. The prices are so much cheaper than buying new and there’s no real difference between them. I buy pretty much all of my games used. Some people worry that the disc might be damaged etc. but most game stores offer the same warranty on them. I have had used games that didn’t work but when I returned them I was given a brand new copy. It’s rare and they’ll always replace it. Another great tip if you don’t mind being behind the times is buying an old game from a developer once their new one is released. As soon as their latest game comes out, demand for the older ones is bound to drop, meaning that you can get them at a super cheap price. The only time it might be better to buy new is if the disc comes with download codes for special content because you won’t get those. You might not be bothered if it’s just a new outfit that doesn’t change gameplay but if you’re missing out on extra features, it’s better to buy a new copy.

With digital downloads of games on the rise, we may soon see the end of the pre-owned market.

If you play games on a PC rather than a console you’ve got more options for using game keys to cut costs, however, there are still some available for console games and subscriptions if you hunt for them. A lot of people worry about game keys and whether they’re legal and safe. One popular site is G2A, but lots of gamers often worry, is G2A legit? Yes, sites like G2A that sell games for cheaper than retail price are legitimate. They can charge less because they get the games in bulk deals or sales and then sell them on. There’s nothing wrong with this but there are still some risks.

There have been cases of hackers selling game keys that they’ve bought with stolen credit card information. If you buy one of them, you don’t actually have the rights to it so you could lose it, without refund.  Having said that, this is rare and most of the time you should be ok.

You can get some amazing deals if you buy games bundles online. Humble Bundle is probably the most popular site out there because it operates a pay what you like system and you can get so many great games for next to nothing, and the proceeds go to charity as well. I remember going to Blockbuster and renting a new game for my PS2, it was the best part of the week, but I don’t have that option now. You might think that game rental has gone out of the window but it hasn’t, it just upgraded. There is online game rental services that you can use instead of buying. I hate it when you spend $60 on a game only to find it’s got about 6 hours of gameplay and no replayability. Renting a game stops that from happening. It’s also a great way of testing before you buy.

Getting the latest titles doesn’t have to put that much strain on your bank account.