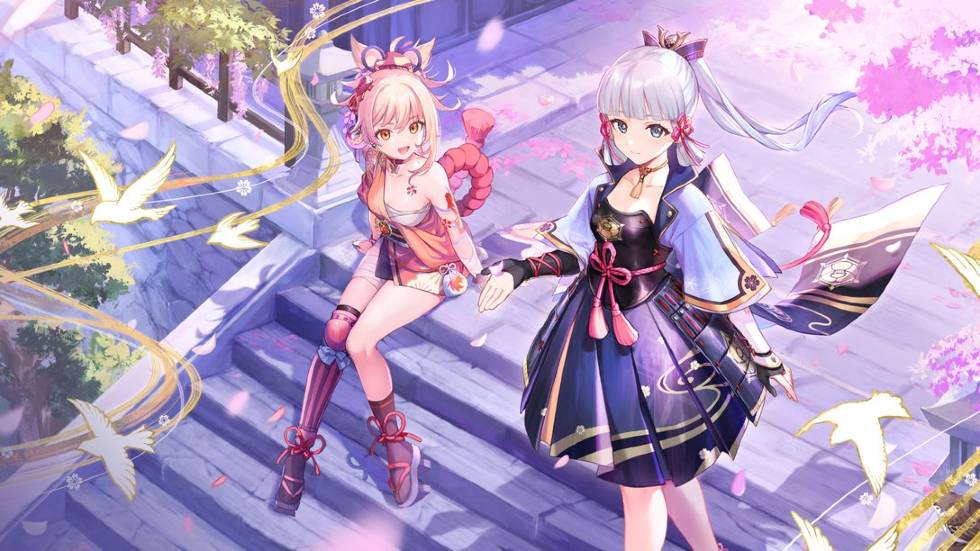 Genshin Impact‘s next update is a massive one and will include a sweeping number of changes, and is aptly called The Immovable God and the Eternal Euthymia, and goes live July 21.

Earlier this morning, miHoYo pulled the curtain back on what the next update entails and took to the PlayStation Blog to break down everything shown to the public today.

First, Inazuma, the much-anticipated third city of the seven major cities, is arriving with the next update and features a unique cultural landscape right next to the ocean. Known as the nation of eternity, Inazuma is roughly the size of Mondstadt and Liyue combined. It’s also an area that is clearly inspired by Japan and the folklore from the country. It’s clear from the naming there’s going to be a ton of familiar elements, including shoguns, samurai and more. Your character will gain the Electro elemental and it looks like the Electro Archon, the ruler of Inazuma seeks eternity.

This new land also comes with weather that drastically changes, compared to the sunny skies of Mondstadt and Liyue, the area being located close to the sea means you’ll get strong sea breezes and raging thunderstorms in the blink of an eye.

Inazuma consists of six main islands and a series of islets across the ocean, each with a unique landscape and history. Version 2.0 will include three of the six main islands and there “are many more landmarks and locations with distinct scenery, stories, secrets, and their respective connections to the history of Inazuma and the Electro Archon waiting for the Traveler to explore.”

This new land features a new dominant colour: purple and it is noticeable in many locales found around Inazuma. Many of the creatures are peaceful and different from the ones found in Liyue or Mondstadt. You’ll also find wandering samurai and a new branch of the Fatui.

Starting with version 2.0 cross-progression will be available across PS4, PS5 and other platforms. PlayStation owners are getting new trophies added as well, and even more support for haptic feedback. The real-time lighting has been improved as well.

miHoYo also revealed a roadmap for Inazuma, which will include a wealth of content over the coming months. 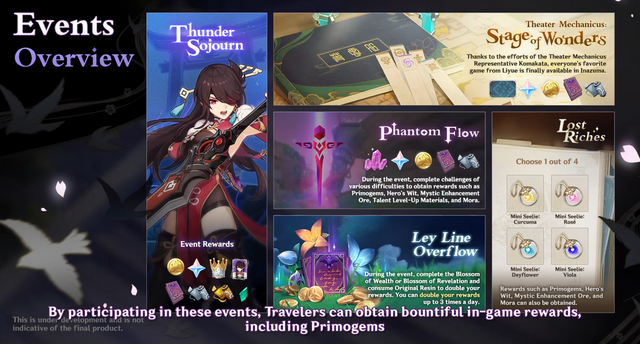 If you are interested in watching the full presentation from today, I’ve linked it below: