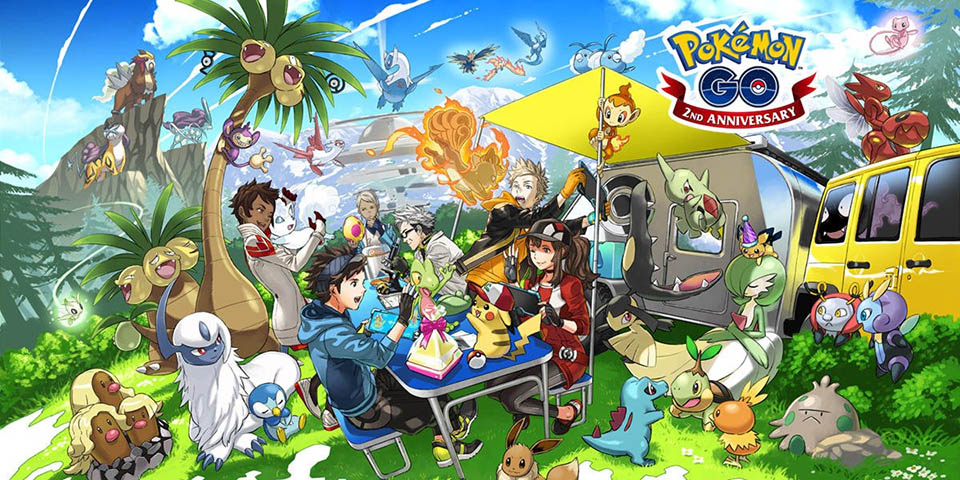 I had a hard time choosng between Chimchir, Piplup, and Turtwig when I started playing Pokémon Diamond, and eventually decded to start with Piplup as water is my favourite element in the game.

Niantic posted some wonderful artwork for Pokémon Go’s two-year anniversary which has a ton of Pokémon on display, and not only that, but seemingly teases the fourth generation. It was inevitable, as we’ve made our way past the third generation and it was coming sooner or later, and luckily it looks like it’s finally coming.

From the first Pokémon you encountered to your first #PokemonGOfriend, we've enjoyed watching all of your amazing Pokémon GO journeys unfold for the past two years. What are some of your most memorable Pokémon GO experiences? Tell us in the comments! pic.twitter.com/IAU7Bvg5uK