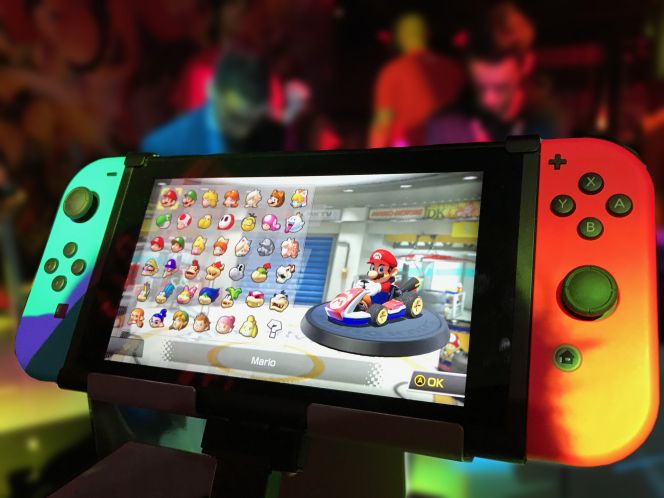 The Gaming Trends That Will Change The Industry Forever The gaming industry is surely one of the most innovative industries on the planet right now. There is hardly a day goes by when new advancements aren’t announced, and in most cases, they are much better than what has come before.

Virtual reality is the big talking point for many gamers right now, but it is by no means the only gaming trend that is set to change the industry forever. Here are a few more:

Okay, so this one is still firmly in the Virtual Reality camp, but it’s worth talking about because, in the past, virtual reality has always been a bit restrictive in that it has been a solo thing. Many industry experts, including Sony London’s ex-head Dave Ranyard believe that virtual reality’s future lies in it becoming more social, and that it won’t be too long before we’re all joining our friends in interesting new worlds, fighting our battles together, rather than in isolation, which will, of course, make the whole thing a lot more awesome.

LitRPG – a genre that combines MMORPG’s with sci-fi and fantasy novels, to create a unique world all of its own has been around for about a decade now, but in recent times, it has really started to gain popularity, and although it is still something of a niche, genre, its influence can clearly be seen in the vast narratives of titles like Alan Wake and Fallout. As we move forward, it’s likely that games are going to get a whole lot more literary.

As well as virtual reality collaboration becoming a thing in the near future, we are almost certainly going to see an increase in games which could be described as physically collaborative. These games will incorporate the body in more complex ways than the Wii or Xbox Kinect ever could by augmenting our bodies into the game play using highly programmable gels to stimulate our bodies and our senses. As the success of Pokemon Go showed, we’re all in love with augmented realities,and some industry professionals think that we will see more and more social augmented reality games like that pop up in the future, using some of the other technologies, like the gels mentioned above, to make them even bigger and better than before.

Consoles that are Updated Incrementally

In the past couple of years, we have seen an increase in incrementally console updates, which don’t just offer simple changes, like a slimmer unit, like they did in the past. Now, consoles are being updated with HDR, VR, and 4K halfway through the last generation and this means that, in the future, working out the optimum time to buy a console could be more difficult than it’s ever been before.

If you like to do your gaming via your cell phone or tablet, in the future, you may be able to mix things up by connecting your device to the TV, as the games industry comes to grips with the fact that mobile is increasingly popular. The Nintendo Switch is a forerunner in this respect, allowing you to play on a portable, handheld console, which can also be connected to the TV, but other companies are sure to follow in the coming years. If you’re a PC gamer, it’s likely that you use Steam, and it’s also likely that you’ve you’ve never so much as looked a huge number of their titles that you might be interested in.In fact, around 37% of Steam games are never played, and this is because there are just so many, that lots of them get lost. As this problem continues, it is likely that we’ll see more specialist PC game stores pop up, dealing in one particular genre rather than trying to be a broad church.

In the 9 or so years since great indie games like World of Goo and Braids were launched into the world of gaming, indie publishing has really taken off, and indie developers have created some of the most interesting and innovative games of all time. People are now taking indie studios very seriously, and as they get savvier about marketing themselves around the world, it is highly likely we’re all going to be buying more indie games, which will give us all something different to sink our teeth into, in the future.

Do you agree that these trends are set to be the future of gaming or do you have some other ideas about the direction we’re going to take?