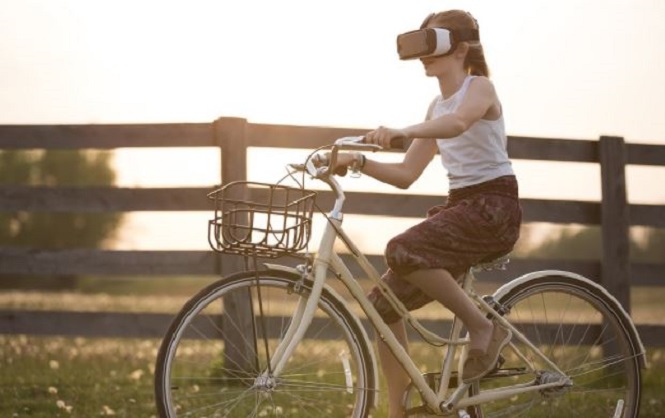 We are well into the fall now, and it’ll soon be time to hibernate with our favorite games consoles. But before we get too snug under a blanket and hooked on a new game, it’s also time to start and look ahead to 2018. The gaming world has changed a lot over the past few months, and we are now able to see some of the trends that might continue into 2018 and those potential new ones that might raise their head.

How do you think the gaming world will change throughout 2018? Here are a few of our ideas of what we should all be looking out for in the coming year. Which ones do you agree with?

VR Will Continue To Be Huge
This year saw VR break into the general games market for the first time. And, looking at the current figures, it looks like it has proven to be a huge hit. Many experts in the gaming industry believe that VR will become even more widespread in homes throughout the world over the next few years. In five years or so, it may even be the new norm. By the time 2018 is finally here, VR will have been out for a whole year, and we will be able to take a closer look at its figures for the year to see just how bright its future is. Casino Games Will Grow In Popularity

New online casinos have been around for the past few years, and each year their number of customers has been steadily increasing. Will this continue into 2018? Well, it looks like the number is set to skyrocket. That’s because lots of online casinos are now widening their game range so that they appeal to even more players. So, even if you have never been interested in the world of online casinos before, that may all be about to change!

The Classics Are Coming Back

Nintendo brought out their NES Classic last year, but there were very limited numbers and few people managed to get their hands on them. Did you miss out? Well, don’t worry, because the company are bringing back all the classic games that we know and love, but on a much wider range of consoles and platforms. So, there won’t be much longer to wait until you can play on all your beloved childhood games!

Diversity And Inclusivity Are Huge

Developers are now trying to produce games that allow everyone to feel included. This means that a wider range of characters are needed now in games so that everyone can see themselves in the characters. Plus, many games companies want their games to tackle the bigger issues that are affecting society right now. In fact, at many gaming conventions, developers have been meeting to discuss how they can include suicide prevention methods in their games so that all their players are safe at all times.

Online Influencers Are Still King
Ever since blogging burst onto the scene a few years ago, various industries have been ruled by online influencers. And this is still the case in the gaming industry. Bloggers who regularly post game reviews and news about the industry and having a huge influence over how regular gamers consume and buy games. But it’s not just bloggers who now have an influence. Influencers have moved over to the YouTube platform to create videos of their views. As a result, new influencers are now popping up who are able to use their video skills to reach a new audience. Do you think that the gaming world is still driven by the likes of Sega and Nintendo? That certainly was true just a few years ago but recently a lot of independent game makers have managed to force their way into the market and are now appealing to a much wider clientele. Not too clued up on your indie game makers? There are a few you need to look out for, such as 2D Boy, Capy Games, and Brawsome. Next time you are in a games shop, you might want to see if you can find any of their games to add to your shelves!

As you can see, the world of gaming sure is changing extremely quickly. And these are all the trends you will need to keep up with as we enter 2018.

Have you heard of any other trends that our readers will want to know about? Let us know so that we can keep everyone informed!