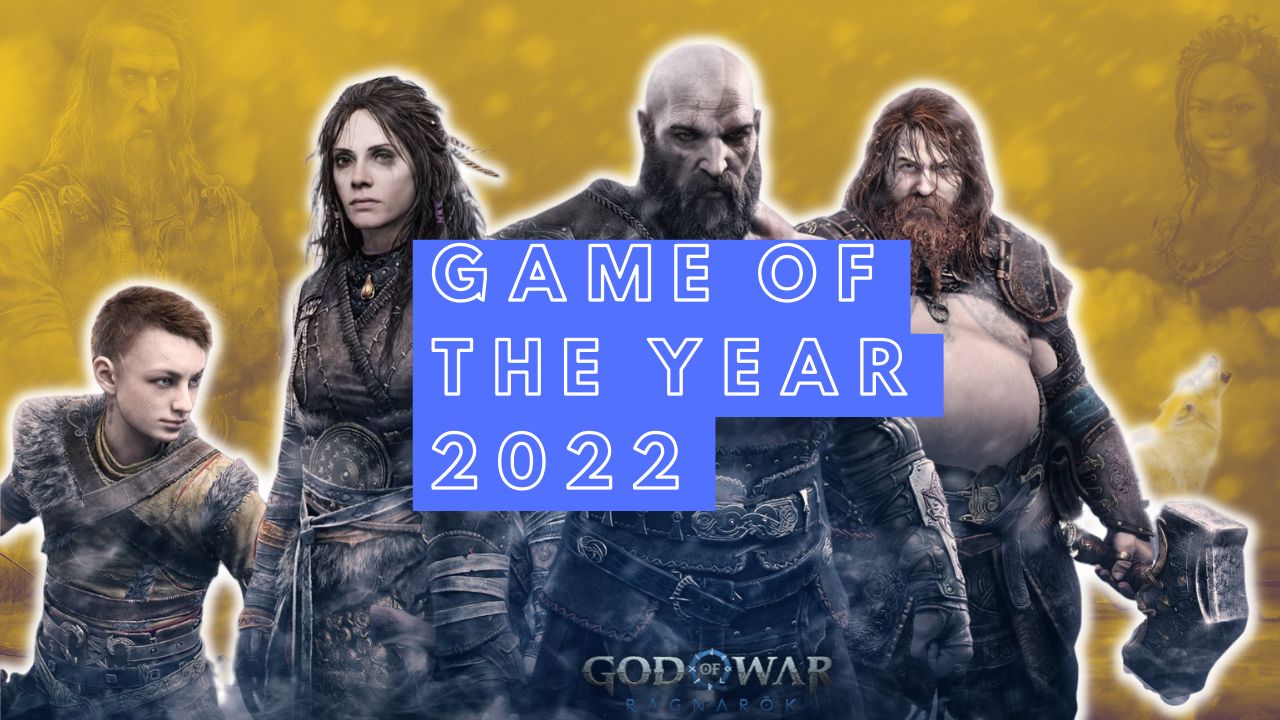 Last year we had a clear and cut Game of the Year winner with Forza Horizon 5. This year is undoubtedly a roaring year for some incredible games (really what year isn’t) but there can only be one Game of the Year.

The team put together a list of games and voted on them. In the end, it came down to two of the biggest games we saw this year — Elden Ring and God of War Ragnarök. Santa Monica Studio‘s biggest game yet featuring the Ghost of Sparta has resonated with almost everyone. FromSoftware has delivered its most impressive video game so far, giving us a beautifully broken world filled with vistas, wonders, and danger around every corner.

God of War Ragnarök set out with a clear goal in mind — close out the Norse saga. In a campaign spanning 40 hours, we see the entire plan unfold, even if it does lose a bit of steam, moving along to a world-shattering event that ends with a satisfying conclusion.

To avoid spoilers and preserve the experience for those who have yet to play Ragnarök, one of the biggest deciding factors, when it came to choosing Game of the Year, involved character arcs — several of them since we’re looking at the larger cast the sequel introduces. A lot of it comes down to pay off and while it doesn’t seem likely that each story arc will appeal to everyone who plays God of War Ragnarök, the team here resonated with everyone involved in this story.

Also, the gameplay feels a lot better in the sequel. Adding more tools to deal with hordes of enemies is the cherry on top for any of us who voted this year. Stun damage is a great way to stop enemies and it even gives you a moment of invulnerability — something any player will need when things get downright chaotic. Additionally, finding the right build feels more important than ever. A lot of the armour you’ll find has several innate bonuses and modifiers worth reading into. Leaning into the levelling systems is crucial to ensuring your survival against the toughest enemies which means you’ll want to find an armour set worth taking to level 9.

Getting into the cinematics of God of War Ragnarök it is easy to say that for a cross-generational title, it is absolutely stunning on PlayStation 5. From the stunning vistas across the nine realms to the detailed character models, the team at Santa Monica Studios delivered one of the most visually impressive titles on the platform.

I haven’t even mentioned the brilliant cast bringing life to each memorable character in God of War Ragnarök. Among the standouts is Chris Judge returning as Kratos, delivering one of the best performances in my lifetime. Taking a broken and hollow man with a nasty reputation and turning him into a beloved and respected general and friend of the nine realms is a Herculean task. During The Game Awards, Judge revealed he nearly quit after learning Cory Barlog was stepping away from directing duties. Thankfully, Barlog vouched for incoming director Eric Williams calling a ‘beast,’ which turned out to be true we learned earlier this month.

Danielle Bisutti‘s Freya is a crucial figure in Norse mythology and while the events of God of War led her down a dark path, her return to God of War Ragnarök was always going to be messy but thankfully the writers were able to humanize the character, leaving Bisutti free to deliver one of the best performances this year. Freya is a tragic character and every time she’s on-screen she commands your attention because of how raw and emotional Bisutti’s performance is.

Anyone who’s played and finished God of War Ragnarök understands why Sindri’s performance is both memorable and harrowing. The dwarven blacksmith has several moments where he’s used as comedic relief and spends a lot of time with Atreus. However, it isn’t until the last half of the campaign that Adam J. Harrington turns cranks his performance to an 11. I don’t want to get into spoilers because you need to experience the campaign for yourself but Harrington as Sindri has stuck with me since rolling credits last month.

God of War Ragnarök exemplifies what many of us look for in AAA games. Bold, punchy stories surrounding larger-than-life characters set in faraway worlds. Sony Santa Monica built off what made God of War (2018) a hit and doubled down. Its satisfying combat and exploration across the Nine Realms were only outpaced by the cast’s performances and dialogue. Above all else, God of War Ragnarök made gods feel human through relatable storytelling devices about trust, compassion, and the fulfillment of life. God of War Ragnarök solidified Kratos as one of the most compelling and complex characters in video games in my eyes.

My excitement and anticipation for God of War Ragnarök were through the roof this year. I likely went into this game with unfair expectations. That being said, I think it delivered and exceeded almost every single one of them.

This game was literally a system seller for me. For the first time ever, I grabbed the latest Playstation console just to make sure I could play it. Sure, I’ll likely enjoy many other great Sony exclusives, but I couldn’t miss Sony Santa Monica’s latest adventure.

Is it a perfect game? No. But, there are just so many amazing character moments and countless well-choreographed and epic battles that all the nit-picks and small “negative” details are easily overshadowed. Santa Monica Studio not only made another game that’s a blast to play, but they also created a story in which each and every detail was expertly and lovingly crafted. I’m confident in saying that we will look back on God of War Ragnarök as a shining example of stellar character development in gaming for years to come.