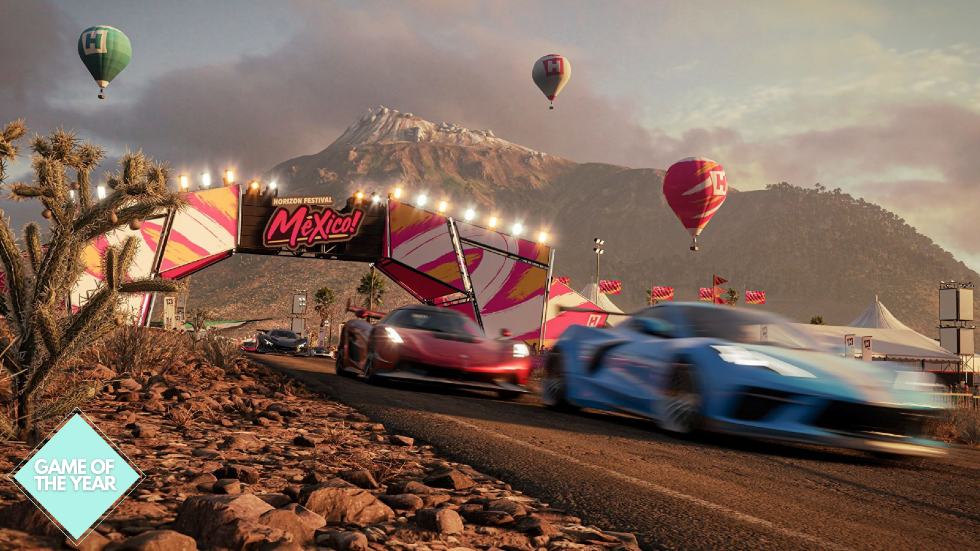 Even with the video game industry seeing multiple delays and suboptimal game launches in 2021, there were a ton of wonderful games that launched this year. Despite the hurdles and obstacles stemming from the pandemic, our first look at Forza Horizon 5 only began during E3 when Playground Games revealed the next entry in their massively popular arcade racer.

Six months later on November 4, the game launched on Xbox Game Pass and PC, bringing with it upwards of 10 million players in its first week, and hitting 14 million by December. Sure, there were issues with online servers and even now there are some lingering issues with some of the game’s systems, but the core game is there and it is brilliant. In my review, I said that “Forza Horizon 5 is the biggest and best game in the series, moving players to the stunning landscapes of Mexico with limitless fun and adventures.”

If it isn’t clear by now, Forza Horizon 5 is Console Creatures’ Game of the Year. We put a list of games up to vote with Playground Games’ latest game-winning 40% of the staff votes. In a year where there were dozens of brilliant, exciting, and worthy video games, it’s refreshing to see a game like Forza Horizon 5 take the popular vote and win, even if it was robbed at The Game Awards.

Thanks to Mexico’s stunning varied ecosystem that includes the La Gran Caldera and the Baja Desert and speeding through this beautiful country in some of the most gorgeous cars in the world adds up to brilliant gameplay. Smashing billboards, creating a convoy with friends, and competing against each other to earn the fastest scores is where a lot of the fun lies.

A game like Forza Horizon 5 is more than a simple racing game — it’s everything that makes video games fun from progression to rewards and it delivers an experience that very few games offer these days. Given how Playground Games designed Forza Horizon 5 as an adventure game with RPG elements. The PR stunts, the news stories that focus on the locale and even the battle royale mode are worthwhile additions to the franchise.

Seeing friends and family, people who normally wouldn’t even touch a game like Forza Horizon 5, gush over how much fun they are having with the game is exciting. More people are trying new games and finding new genres they like thanks to services like Game Pass. The pairing of Game Pass and Forza Horizon 5 makes perfect sense, too given how social the service and the game are.

We can’t think of a better game this year that is fun, engaging, thrilling, and rewarding like Forza Horizon 5 is. There’s so much to do and to see and it is a joyful experience from the minute you pick the game up and that is why Forza Horizon 5 is Console Creatures’ Game of the Year for 2021 in addition to being one of the Top Games of 2021.