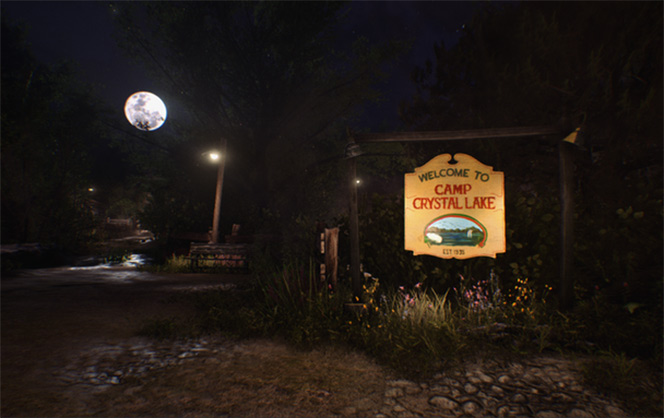 Friday The 13th Is Making A Return With A Kickstarter Endorsed by Adam Sessler, Gun Media is bringing Jason Voorhees back in a unique way. With a 7 on 1 multiplayer where one person plays as Jason and the other seven are camp counselors, and by visiting the Kickstarter, you can get a rundown on what the plan is and just what the reason behind the crowdfunding will accomplish. Let’s allow the developers to explain it better.

Friday the 13th: The Game is a third-person, asymmetrical multiplayer title where one player controls Jason Voorhees while the remaining seven control camp counselors trying to survive the night.That’s right…1v7 multiplayer set in the semi-open world of Camp Crystal Lake! It’s a classic horror fan’s dream, no shaky cam, no found footage. We want you to know we’re revitalizing the golden era of slashers, and putting you at the controls of each horrific, blood-splattered moment.

With the added money that will come from this approach we will get various scenarios to play out and allow those sadistic enough to enjoy getting these counselors down and out.

To that end, the proposed single player portion will give you the Jason experience you’ve never had; direct through his eyes. We’ll be offering several ‘scenarios’ based off classic movie scenes from the franchise as you stalk and kill each and every counselor from a first person perspective. Not to leave the counselors out, we’ll be adding several counselor scenarios where you’ll have to confront your fears and take on Jason directly, especially in compromising situations! We are not going for anything less than a Mature Rating on this; the franchise deserves it! These scenarios might also make their way to VR, and would bring an entirely new perspective to the slasher genre!