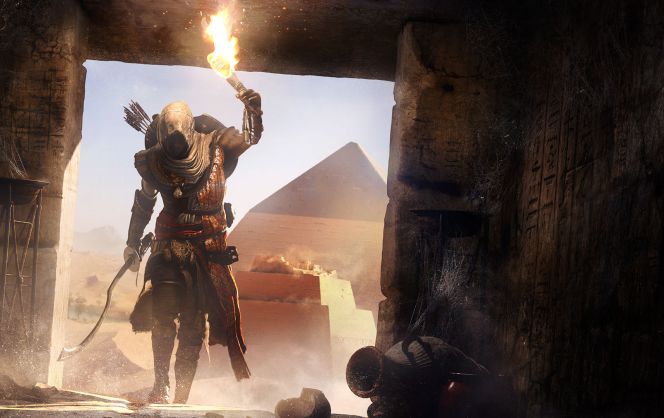 IGN has 18 minutes of new Assassin’s Creed Origins gameplay featuring a sidequest that comes around the halfway point of the game. Game director Ashraf Ismail sat down with IGN to discuss the game and some interesting tidbits were revealed including removing annoyances like auto-failing a mission when you get detected or the worst of them all, leaving the area and getting desynced, having to restart your mission.

A lot of the issues with previous Assassin’s Creed games seem to have been addressed, and the animation-based fighting system of previous games has been replaced with a hitbox system the relies on how the player reacts to enemies attacking.

In addition, we saw a bit of tomb raiding, a mission involving saving a trio of children from bandits and a look at the weapons found in the game.

I’m still on the fence with Origins, but, I am cautiously optimistic that the next game will reinvigorate the series, a change that is much needed.

Check Out This New Nintendo 3DS For Metroid: Samus Returns