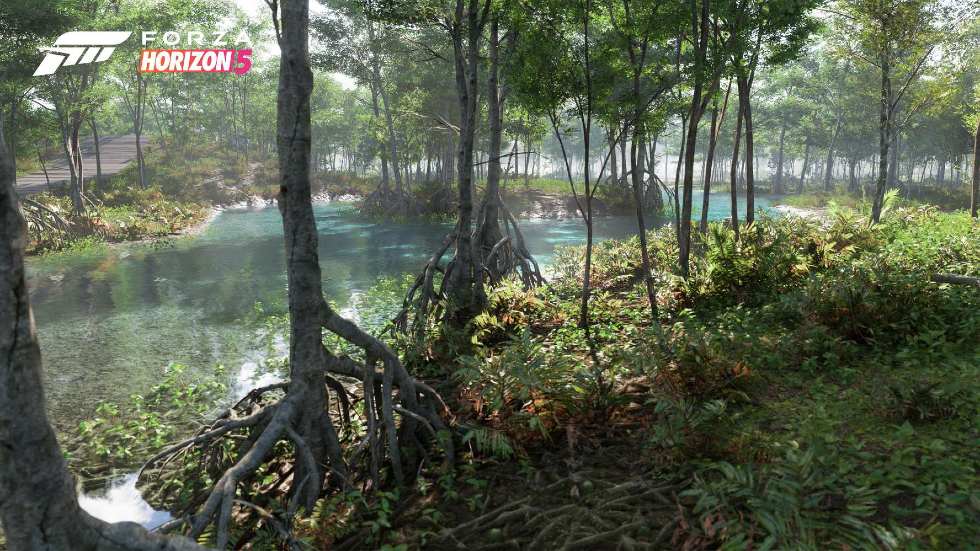 Get a Better Look at Forza Horizon 5’s Mexico Locales

Before Forza Horizon 5 accelerates to PC, Xbox One and Xbox Series X|S later this fall, Playground Games gave fans a closer look at the game in a 30-minute live stream.

Anyone anticipating the fifth Forza Horizon game got a live gameplay demonstration with information and 4K screenshots of the game that was posted on Xbox Wire. Playground Games creative director Mike Brown and associate art director Conar Cross revealed the different biomes of the game which will be set in Mexico and will be split into 11 different sectors.

These biomes represent the diversity in Mexico’s landscape, from canyons filled with rock formations and unique striations, a tropical coast filled with palm trees white sand beaches and calm water. Mexico’s farmlands are filled with rolling hills and lush vegetation and wide, shallow rivers while the arid hills are full of dry grass and open spaces to go off-roading on. The jungles of Mexico full of lush, dense vegetation sporting impressive waterfalls and rivers.

A first for the Forza Horizon series, we’re getting a cactus desert full of saguaros. There are also rock formations and rock piles unique to the area and filled with flowers and wildlife. Tropical coasts may feature vegetation and trees, but the rocky coasts of Mexico have amazing views of the sun and the ocean. The deserts are full of sand dunes and it is a perfect biome to cruise around in a buggy and get off the beaten path, full of straightaways, you have lots of opportunities to go fast.

There’s even the city of Guanajuato to drive around in, featuring gorgeous architecture and full of vibrancy, the rolling hills and tunnels of the city will make urban races feel thrilling. Lastly, there’s the volcano, a mountain situated next to the desert and it is a high-altitude area where you can drive to the top and see the horizon.

“We knew from the beginning that we wanted this to be the biggest Forza Horizon yet. However, if we wanted to be the biggest, then we felt we also needed to offer the most diversity and contrast as well,” Brown said. “Mexico is almost like the whole world in one country: snowy peaks, tropical jungles, epic canyons, beautiful beaches, ancient architecture, and modern cities.

“When you add on Mexico’s incredible culture – the music, the art, the history, the people – there is no more exciting location for the Horizon Festival.”

How big is Forza Horizon 5 in comparison to past titles? Well, this time around the map of Forza Horizon 5 is 50 percent bigger than Forza Horizon 4’s map. It has also been revealed that seasons will be making their return to this year’s Forza Horizon title. That means the previously mentioned sectors will go through 4 distinct seasons which gives players 44 ways to experience all 11 sectors.

“Spring means the rainy season in the jungles and farmland of Mexico, while summer could bring intense tropical thunderstorms along the coasts. Forza Horizon 5’s seasons ensure Mexico is constantly evolving, encouraging players to explore the world in full each time the seasons change,” Microsoft said in the Xbox Wire post.

Forza Horizon 5 was initially announced at the Xbox & Bethesda Game Showcase at E3 this year, it’s set to release on November 9th for PC, Xbox One and Xbox Series X|S. It isn’t the only title Playground Games is working on as the studio is hard at work at the Fable reboot which was announced in July of last year.