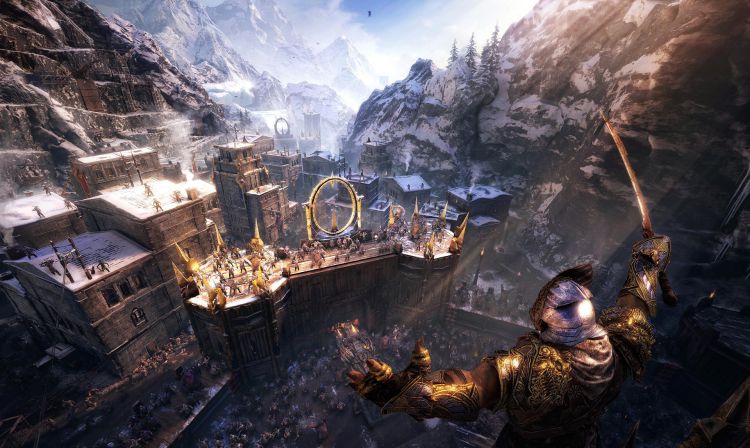 Here Is Your First Look At Middle-earth: Shadow of War I wasn’t sure what to expect when we were told that there would be a gameplay reveal on March 8. I was haphazardly awaiting the reveal from Warner Bros. expecting to see a few minutes of new features and a quick reel of what was to come, a usual overview of a new title.

Monolith has expanded their Nemesis system to include fortresses now, as well as with the new ring that was forged by Celebrimbor and is now wielded by Talion in Shadow of War. I urge you to check out the walkthrough below and enjoy what is being created with Shadow of War. With the included power that must come with the Ring of Power, Talion is growing to be unstoppable

This Gameplay Walkthrough introduces viewers to the next generation of the innovative Nemesis System with the addition of Nemesis Fortresses, where players must utilize different strategies to conquer dynamic strongholds and forge their personalized Orc army. In this video, Talion and Celebrimbor, who return as the Bright Lord, must lead a fortress assault on the mountain valley of Seregost and take it from one of Sauron’s Overlords. To succeed, they will use the power of the New Ring to recruit Followers during enemy encounters—a new mechanic allowing gamers to establish entirely new stories of loyalty, betrayal and revenge. This Gameplay Walkthrough is just one of the millions of possibilities that players will experience in Middle-earth: Shadow of War.