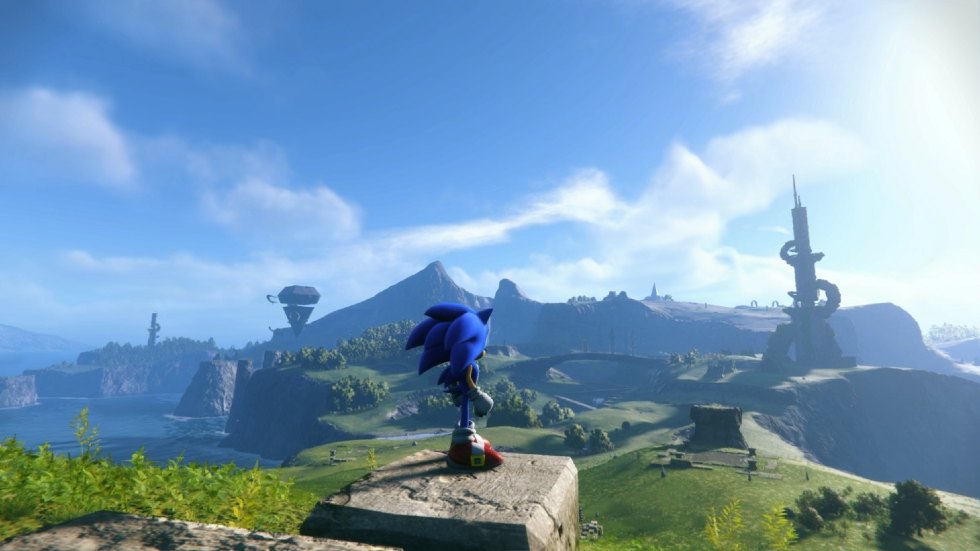 With two surprisingly great Sonic the Hedgehog films out now, it’s about time a great game came along, right? I guess it’s still a bit too early to tell but IGN has a first look at Sonic Frontiers, the upcoming open-world set to arrive in the future.

The gameplay teaser is extremely brief and honestly, I’d say it’s probably better to wait until a full reveal before jumping on the hype train. With that said, it’s been some time since the last game from Team Sonic launched — not counting Sonic Colors: Ultimate, of course!

I’m intrigued by the new Sonic but this trailer is absolutely doing nothing for me. Why is this a teaser? I know some fans are likely to get excited by the teaser above but it’s simply not enough to deliver.

The open-world design sound promising but given what we’ve seen (and it isn’t much) there’s not enough because it seems like we’ve seen everything shown in the trailer before. It’s just got a new coat of paint and it has a bigger sandbox this time.