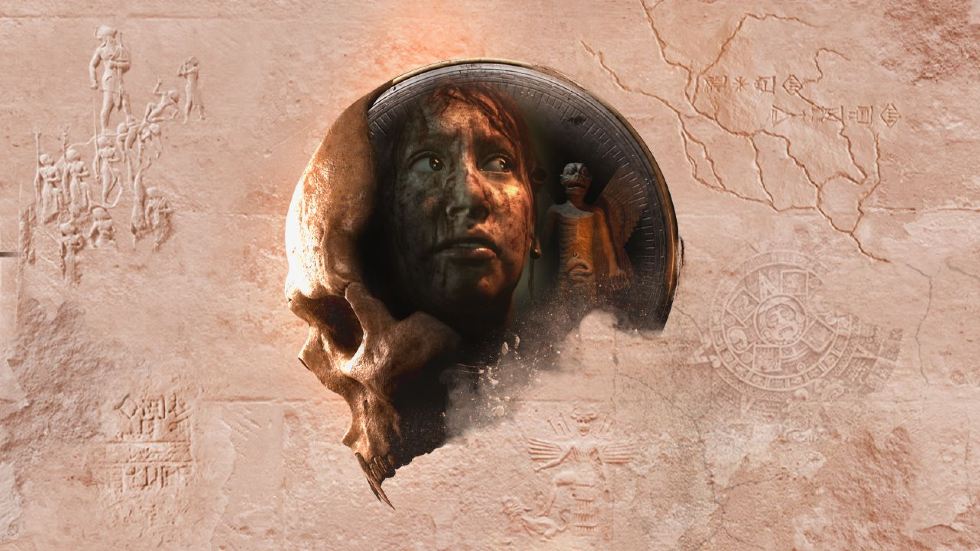 Doyle walked me through the changes on deck for the third entry into the franchise in a pre-recorded video delivered from a rather plush-looking leather armchair. And while he looked quite comfortable naming off the changes to the rather formulaic series, I felt myself becoming more comfortable with the changes on the horizon.

House of Ashes – The Story so Far

So far, we know that the story will, once again, come from everybody’s favourite goading, sleeve garter-wearing narrator known only as The Curator.

Our setting this time around is the Zagros mountain range in northern Iraq during the early years of the Middle East conflict. Our story is focused on a group of U.S. military contractors searching for weapons of mass destruction.

Set in 2003, the searchers’ team unsuccessfully follows up on a lead when things begin to go down — literally. Four members of the squad and an Iraqi officer find themselves trapped underground in a cave-in, stranded among the ruins of an ancient Sumerian temple belonging to Naram-Sin, a god-king of the Akkadian empire of Sumeria from 2254 to 2218 BC. Like the past entries into The Dark Pictures Anthology, House of Ashes is routed in a grain of truth — the grain, in this case, being a grain of sand! And real history tells us that Naram-Sin may have been something of a lead singer in the world of Mesopotamian kings — by that, I mean he had a touch ego and just a zest of a flair for the dramatic. He was the first in a long line of kings in the region who were gifted warriors that also considered themselves gods.

In the gamified universe of House of Ashes, it appears that Naram-Sin is a cursed king who built the temple to stand tall as an atonement to the gods for trying to walk among them. But his efforts have sunken into the ground, inhabited by monsters embodying his greed and hubris.

Supermassive Games admits that they’ve been listening to the calls from fans or potential fans of the series on the need to choose your level of difficulty. If you were following the site way back in August of 2019 when I first reviewed Man of Medan, I imagine you can recall the terror and guilt I felt losing Conrad (Canadian actor Shawn Ashmore) due to a failed QTE. 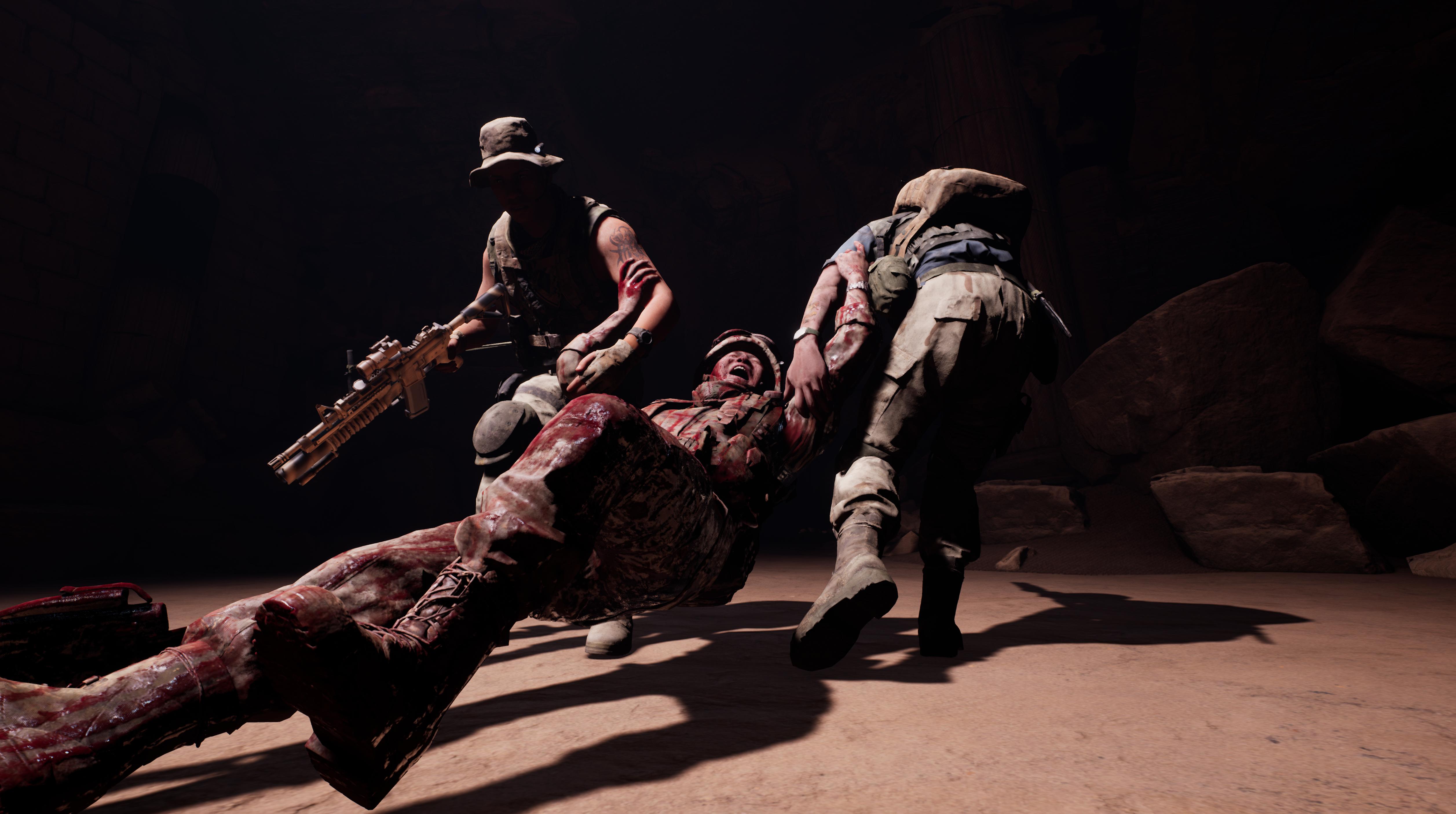 I’ve always felt a range of emotions towards the characters of The Dark Pictures Anthology and while it’s too soon to say how I’ll feel about this new cast, the early impressions I got were positive. It’s why I felt so bad about losing Conrad. But the studio realizes that not everybody wants to sit on the edge of their seat anticipating the next QTE of doom. Yet, some people want more of that, so they’ve added an easy, medium and hard difficulty mode. Doyle was tight-lipped about how the game will function at differing levels of difficulty.  But from the sounds of it, there will be tips on how to build relationships with members of your party, as well as tricks that will help you to keep them alive.

It also appears that the new difficulty levels come with abilities to control the frequency and timing of QTEs. During the sneak peek, I was thrilled to see a scene with multiple QTEs with a clear indication of both the remaining time I had and the number of inputs I still needed to make — a welcomed development for me because, you might recall, I was no longer a fan of the QTEs in Little Hope. I will now summon the ego of Naram-Sin to proclaim that I’m so glad Supermassive Games decided to listen to my review feedback!

Up to this point, The Dark Pictures has been made all the more terrifying by its rather limited forward-facing camera. There’s been a distinct lack of locomotion attributed to what are otherwise hyper-realistic games. That is going to change in House of Ashes with the series’ first 360-degree camera.

Doyle teases that there is also a new dynamic brought to light in the form of a toggleable flashlight that will help you to navigate in the dark of the caves and the temple and also find secrets. But he quipped that it would also make you slow and vulnerable. Fans of the series probably ask themselves if these secrets will contribute to how The Dark Pictures Anthology tells a story with multiple endings and subtle lore hidden behind collecting secrets. And from what I could tell through our sneak peek, that’s exactly going to be the case.

I really love the idea of adding a flashlight and a full-motion camera. To me, that could help add a new touch to the adventure portion of the formula. Elevating it to a feeling of true immersion like you’d find in Resident Evil. I would love to see the series gain more gaming elements like the need to navigate with a flashlight and even fire the occasional gun to challenge us. Speaking of challenging us, I’m glad that Doyle and his team are listening to players who want things like difficulty levels and QTE settings — that last one being something I’ve been asking for since my first review of The Dark Pictures Anthology: Man of Medan.

So I’ll just go ahead and consider myself the reason these changes have been made! I’m a god-king! Nothing nefarious could ever happen to me!

Hopefully, we’ll learn the release date of House of Ashes shortly. I’m eager to see how this third entry stacks up against both Man of Medan and Little Hope.