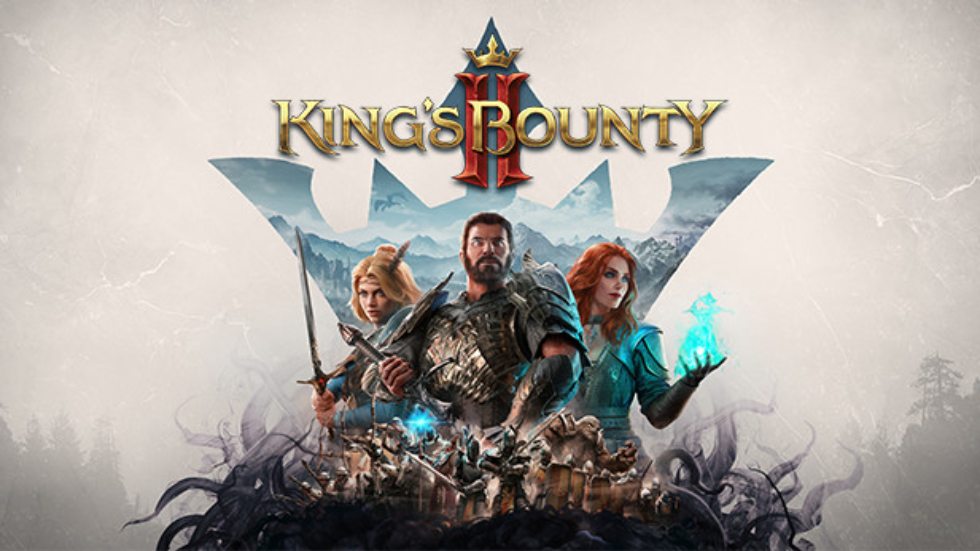 King’s Bounty II was yet another game delayed from its original release date back in March due to the ongoing covid-19 pandemic. But for fans of the decade-spanning series, a release date of August 4 must feel like nothing for those who have been waiting since 1C released their original spiritual successor to the beloved 1990 MS-DOS King’s Bounty.

If you’ve been a fan of the series for any length of time, you’ve come to expect high tactics in a medieval landscape that is shaped by the company you keep. And from my initial time spent in the world of Nostra, I can tell you that’s what you’ll get.

A bounty of errors

Now, I will preface my impressions by saying that my in-game experience has not been without its hitches and hangups so far. I’ve had three crashes to the start menu that I am sure have nothing to do with the working order of my PC (I  did a fresh reset yesterday to remove the malware that is Razer Synapse). There’s also been a fair amount of frame rate drops primarily happening during cutscenes and when loading into battles. However, 1C assures us that they will address these issues in a Day One patch that they hope to have out well before Day One.

In a release made available to me during my playtest, 1C highlights that the Day One patch will include the following:

From Ironforge to Bilgewater

The first thing you’re going to notice about King’s Bounty II is that its visual inspiration has shifted from the original franchise’s inspirations in World of Warcraft and Age of Empires to more of a modern indie MOBA-style style for models. Characters now appear as though they are bursting from your TV on Saturday morning anime. They’re slim with overstated features — aside from dwarves! Yet, for the most part, these models work. Mouths move the way that they should as people are talking. Expressions match the lines and the moods with which they accompany. Movement is pretty organic — aside from the occasional instance where someone would float above the ground. But I am certain those will be patched out in time for release, and they are always just too much fun to come across. The only real negative comment I have based on character models is that lighting is still a little off in cutscenes.

To give you an example of how much this bothers me, I couldn’t tell you much about a discussion I was having with a jail warden who was holding me against my will because the fire behind him was throwing a stagnant rectangle of light on the front of his nose. I hope that things don’t happen like this in the final release.

You’ll first run around in the overworld, finding missions and equipping your character to provide buffs to the army you’ll hire to fight for you.

In battle, your player character takes the role of a back seat commander who organizes head-on attacks, magic and arrow volleys and high tactical pincer moves.

There’s a satisfying air to properly laying out a pincer move, complete with a volley of arrows that combines to drop enemies quickly. My only argument here is that battles feel slightly prolonged as the size of most boards feels monolithic. 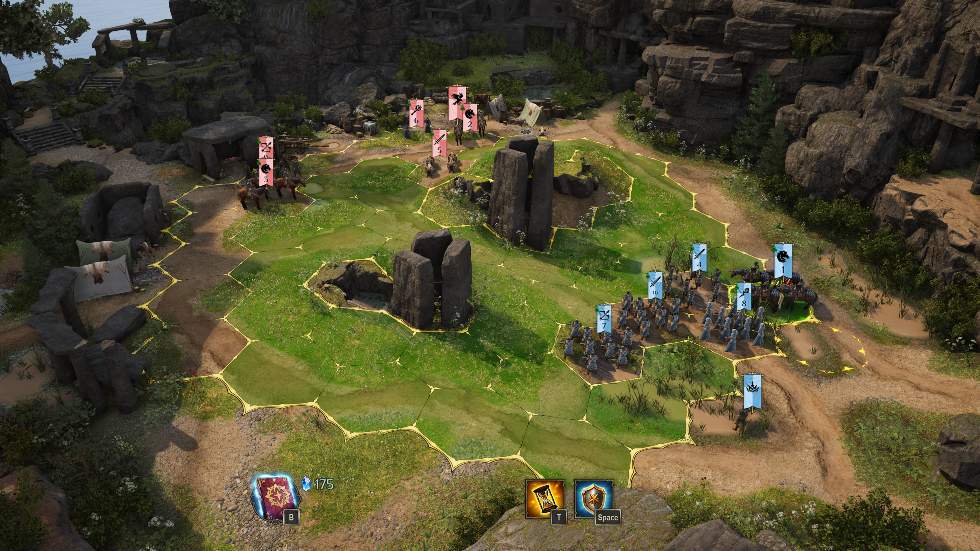 I get that there’s a need to have space to set up your tactical pushes. I mean, who wants to play chess on half a chessboard? But I feel like I’ve been doing too much movement, and I’ve been in battles that have gone one far longer than necessary. Perhaps things could be sped up with the timers found in something like XCOM 2? Or maybe we simply take a few panels out of the field so that it doesn’t feel like I’m passing two to three turns simply moving into position.

Narrative imagining is an instrument of thought

King’s Bounty II has a deep narrative about the final stand of the heroes Nostra, where it would not take the French astrologer for which it is named to tell you things are getting towards the end times for. And while there’s a great deal to unpack in this game, I am quite amazed at the way that the story seems not to unfold in a linear fashion. How you as the hero impact Nostra plays out in the choices that you make through quests. You’ll find that NPCs often ask you to approach something in one of a few ways based on heroic or non-heroic behaviour. How you approach these NPCs not only impacts the quests and side quests you undertake. It also helps to solidify what the makeup of your army is and who gets buffs in battle. 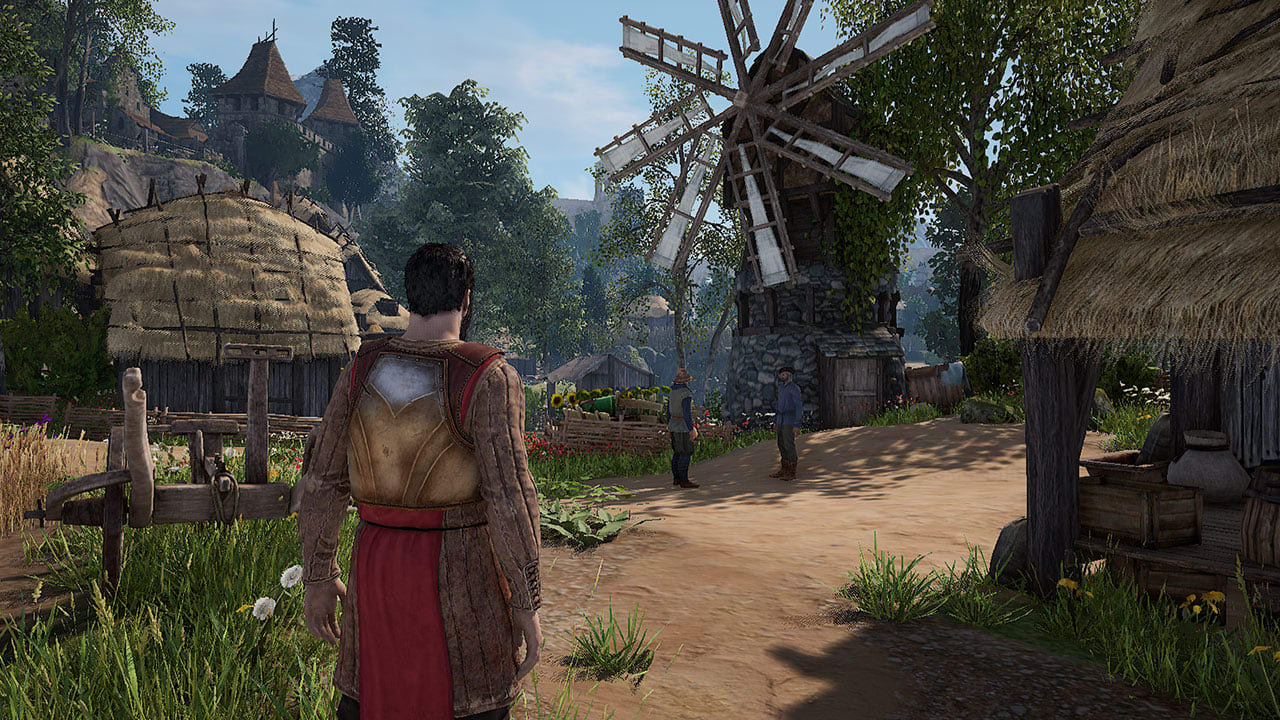 I find the fact that your army comes to reflect the choices you make to be a really cool system that adds depth to and meaning to such a paragon system. For example, I sided with a group of dwarves in a fight with some frankly racist humans and, as a result, got an early boost to any dwarf units added to my army — a nice bonus to having a hard-hitting front line.

Aside from the few technical hiccups I’ve documented and my feelings about the battle taking too long to play out, King’s Bounty II appears to be on track to be a highly polished RTS/RPG game that’s been a long time in the making. Characters feel as though they have some life to them, which is always a big sticking point for me with open betas like this. I’m not sure how I feel about the grid battle system presently, with battles feeling just a touch too long for me, but this could also just be that I suck at placing my units efficiently. The one thing that’s got me really excited to continue spending time in Nostra, though, is the decision system that impacts how the story plays out and what the makeup of my army is. 1C has been waiting for the right time to freshen up the King’s Bounty series. And right now, it’s looking like the present is the right time.