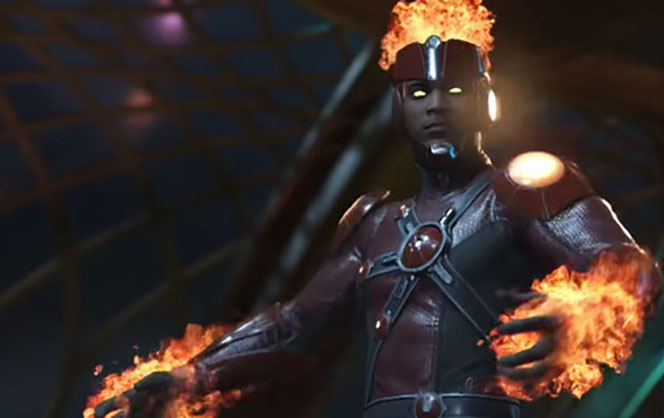 Firestorm Is The Latest Hero Of Injustice 2 Austin Creed aka WWE Superstar Xavier Woods has his own YouTube channel in addition to being a phenomenal wrestler. On his YouTube channel, Woods took a tour at NetherRealm Studios with Bayley, Sasha Banks, and Kofi Kingston and they got an exclusive preview of the newest playable hero: Firestorm!

The design seems to mix comic and TV together by borrowing from both versions of the nuclear hero. From the video, Firestorm looks to be a projectile heavy character with fire attacks, lasers, and a nuclear finisher.

By skipping the video to the 4:50 mark – you see Ed Boon, creator of Mortal Kombat, speak to Woods about unveiling Firestorm and at around 7:40 is when there is gameplay of Firestorm.