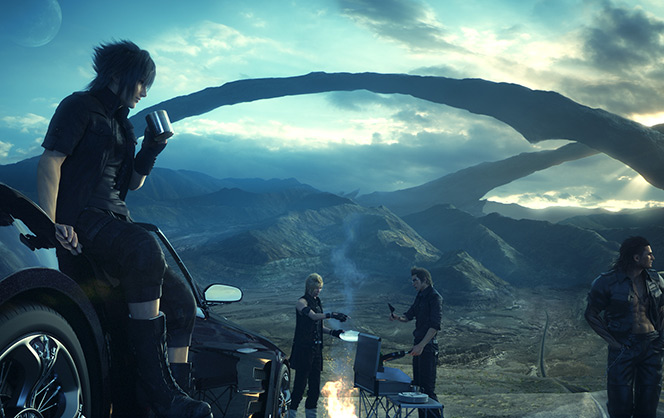 The anticipation is finally over, Square Enix’s Final Fantasy XV is out and for those of you that haven’t got the chance to play, don’t worry we got it covered! We are giving you our first impressions of the game and it’s SPOILER FREE! Camille talk’s about the combat in the game and Noctis warp ability, is it really good? Well, find out. Also stay tune to Console Creatures because our full review of the game will be out soon!

In FFXV, after years of tiring war between Lucis and Niflheim, a piece treaty is agreed on by the two countries to end the fighting. An integral part the treaty is that Prince of Lucis, Noctis, to marry an oracle from Tenebrae, Lady Lunafreya Nox Fleuret. Although this doesn’t seem too out of the blue, given the two were childhood friends; it soon becomes clear that there is more to the treaty then the peace that was promised for Lucis.