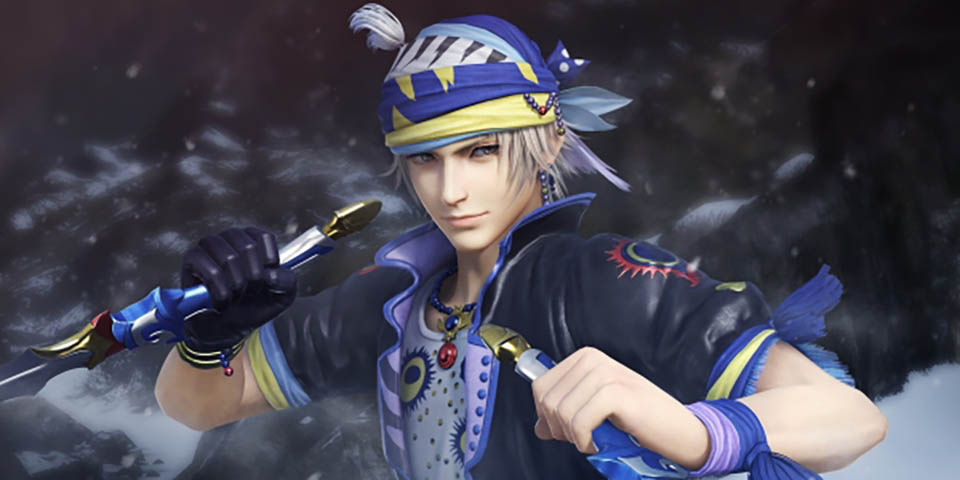 Locke from Final Fantasy VI, will join the roster of Dissidia Final Fantasy NT we learned today. If you’re familiar with Final Fantasy VI, Locke was a thief who joined the team, after saving Terra from the Narshe Mines and one of my favourite characters from that game.

With now the second character revealed for Dissidia, Square was right about a male character from the first half of the series joining the roster, after Vayne joined last month. With that in mind, we can still expect to see two females and two males from the second half we’re still waiting to be revealed, with the only hints being that one character is entirely new and one returning to the fray.

While there is no definitive release for Locke, the character will be available next month in Japan on console, so my guess is the month after for us in the West to play as Locke.