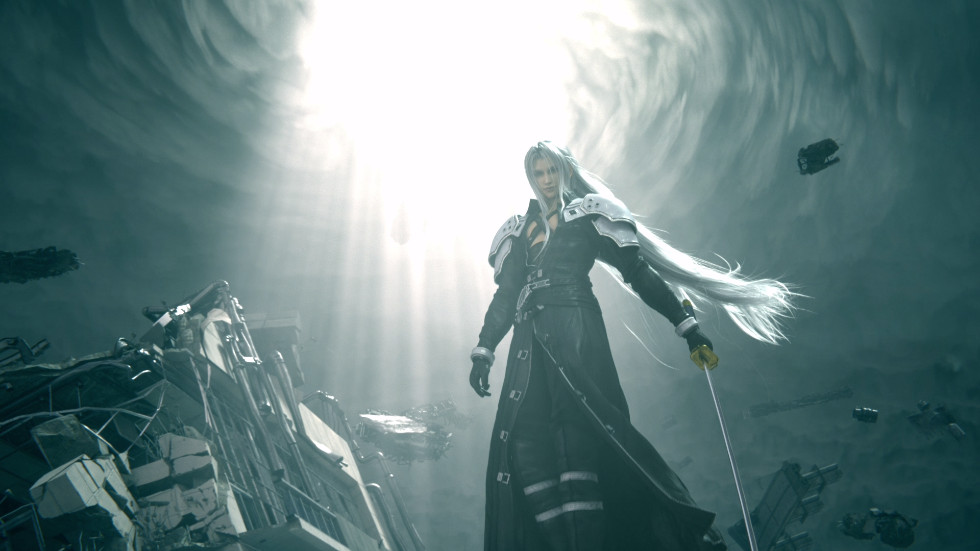 Square Enix has revealed the final trailer for Final Fantasy VII Remake Intergrade which is pretty juicy thanks to the reveal of Ramuh, Weiss and Nero, and Fort Condor!

The new footage revealed today feels closer than ever to a playable version of Advent Children, the short clip of Sephiroth in particular does a great job at selling how great Square is when they aren’t wrestling their own engine to work properly. We see Cloud and company running into an Arbiter of Fate before Sephiroth asks Cloud to join in “defying destiny,” before quipping “don’t deny me” and launching a large chunk of the Shinra mako reactor at the party.

Yuffie and Sonon get new footage too, and it’s gotten me giddy with excitement at going back and playing Final Fantasy VII Remake again on PlayStation 5. It looks Yuffie has learned that Shinra plans on dropping plate 7 before moving into some new gameplay of the duo in battle. We see it interspersed with a look at the Fort Condor minigame, which is now a strategy game that’s popular in-game. It’s nice to see the return of the divisive minigame, I enjoyed the original but I know it has its critics but Square continues to impress in modernizing the original Final Fantasy VII.

I don’t know about you but seeing Scarlet in action is exciting and it looks like Yuffie has her hands full with the new boss battle featuring Head of Weapons Development. While it isn’t the same as Tifa’s slapping match, it’ll do and it does look like fun, especially since Ramuh shows up to make quick work of Scarlet’s mech suit. And to cap it off, we see a boss battle against Nero the Sable and Weiss the Immaculate, phew. I’m ready!

Also, Tetsuya Nomura made some comments about Part 2 and it’s looking like progress is being made with development going smoothly. Nomura also said that Part 2 feels much different than the first with wide-open spaces and mentions Cloud “running in the wilderness,” whatever that means.

– development is going smoothly
– part 2 starts right after Intergrade
– "Cloud is running in the wilderness in the sequel"
– "Different atmosphere" than part 1https://t.co/aDerSFw3Qi pic.twitter.com/utxtVeVbDg