Updated December 18, 2023: Square Enix has confirmed the ESRB listing for the Final Fantasy Pixel Remasters coming to PlayStation 4 and Switch. The bundle will launch exclusively on the Square Enix Store. 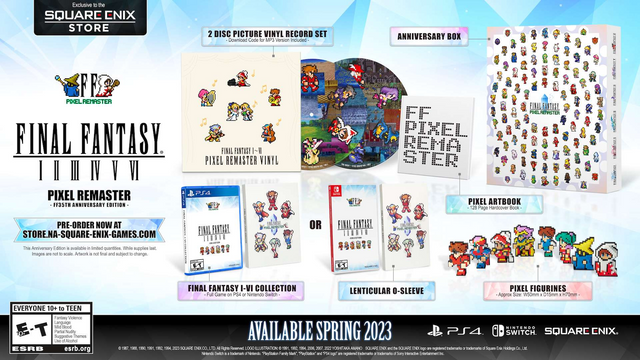 “Quantities will be extremely limited, so be sure to preorder before it sells out.”

A post on r/finalfantasy via Gematsu discovered that the Final Fantasy Pixel Remaster collection’s previous ESRB rating was updated to include PS4 and Switch after only mentioning PC. In July 2021, Final Fantasy, Final Fantasy II, and Final Fantasy III received an update with new graphics, audio, UI tweaks and quality-of-life improvements.

Xbox owners have seemingly been left out in the cold once again. Square Enix has had an inconsistent presence on the platform opting to release some titles but not all their catalogue for players.