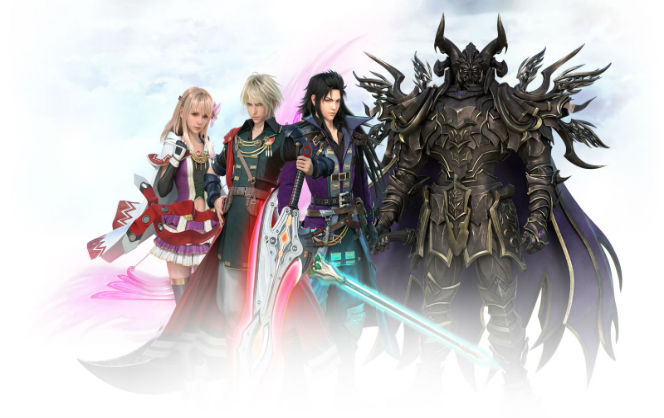 Square Enix has announced today that a full fledged Final Fantasy game designed specifically for mobile platforms is making its way to Western audiences. Final Fantasy Brave Exvius will launch as a free-to-play (with in-app purchases) game on iOS and Android this summer!

The hit game has already captivated more than six million players Japan and is an entirely new RPG experience for mobile platforms.

Players will follow two knights from the kingdom of Grandshelt, along with a girl who appeared suddenly before them, as they set off on a quest to obtain a rare crystal. Explore dungeons, search for items, collect gil, uncover hidden paths, and venture new routes.

This game will feature:

Starting today, you can pre-register online HERE to receive special in-game items at the time of launch. The game is being developed by Square Enix and gumi Inc. and will launch in six different languages including English, French, and Spanish.

The game will be playable at the SQUARE ENIX booth at E3 this year.