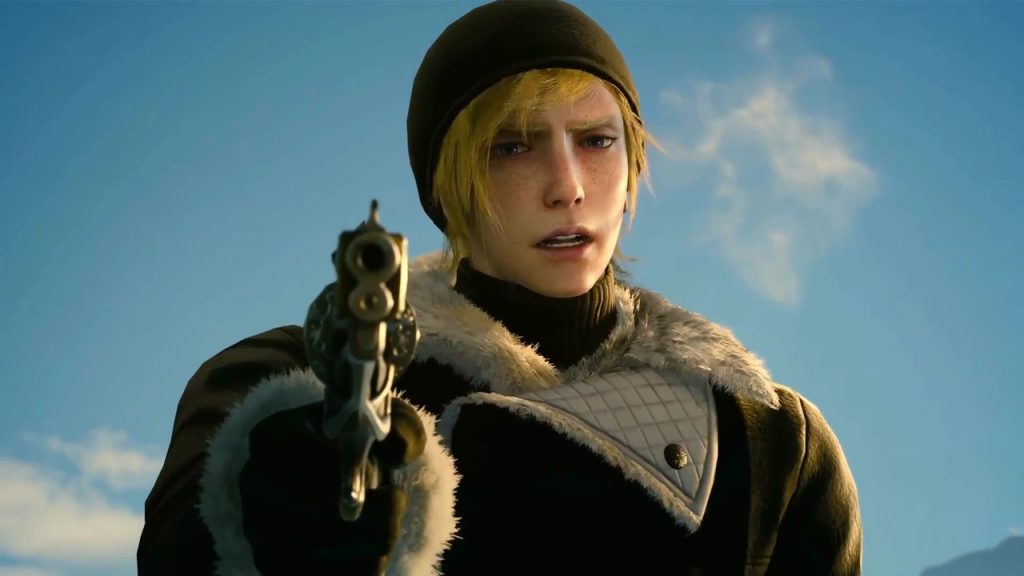 Final Fantasy XV fans can now dive back into uping their seflie game as everyone’s favourite Chocobo singing gunslinger, Prompto. Today the latest DLC for the game, Final Fantasy XV: Episode Prompto, releases and gives fans the opportunity to learn more about the youngest of the party. The story focuses on Prompto before the events of the game and follows him at a time where he is most vulnerable. Lost in the wilderness and battling against the Imperial forces Prompto discovers more about himself while searching for a way home.

Alongside the DLC Square Enix also released a free update that allows players to upgrade the Regalia to a new Type-D model. Also gives players more freedom on the roads by getting rid of invisible barriers and letting the Regalia drive off road in various environments. Finally the update will bring episode Prompto themed tracks in the Regalia and some minor fixes.

In Final Fantasy XV Prompto and two other party members, Gladiolus and Ignis, accompany Noctis as he tries to reclaim his kingdom from Imperial forces. The studio has plans to release content that highlights the different characters in the party. A DLC featuring Gladiolus, called Final Fantasy XV: Episode Gladiolus, already released and another Ignis themed DLC is set to release in December. All of the DLCs are available as a part of the Final Fantasy XV season’s pass.