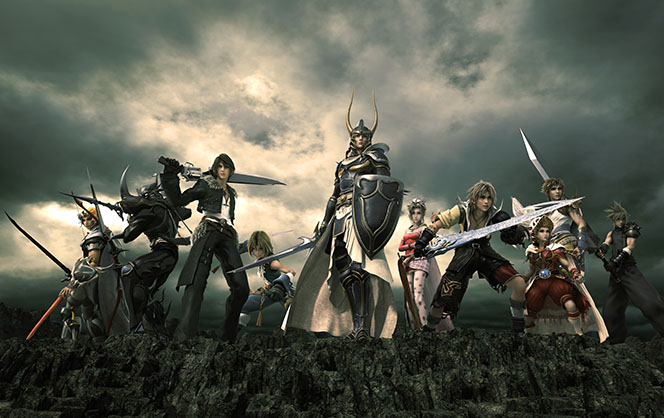 Square Enix and their iconic series, Final Fantasy, were awarded three Guinness World Records this week for “achievements for records set by games within the FINAL FANTASY series,” on stage in Frankfurt during the Final Fantasy XIV Fan Fest.

Final Fantasy was awarded “the most prolific role-playing series,” and as of this month, includes a library of 87 titles.

Final Fantasy XIV received two Guinness World Records titles: “longest end credits in an MMO game” – is in recognition of the 1 hour 38 minute length of the end credits of FINAL FANTASY XIV: A Realm Reborn (2013). While credits typically contain the names of everyone involved with the creation of a game, the credits to A Realm Reborn also contain the names of players of the originalFINAL FANTASY XIV (2010) as a sign of appreciation from the development team for their support.

The second record also included: “most original pieces of music in a videogame (including expansions) achieved by FINAL FANTASY XIV: A Realm Reborn ”. The game features 384 individual pieces of music recorded specifically for the game.

Director of Final Fantasy XIV, Naoki Yoshida and Sound Director Masayoshi Soken were on stage to accept their awards, and President Yosuke Matsuda accepted the award for the most prolific role-playing game series for Square Enix.